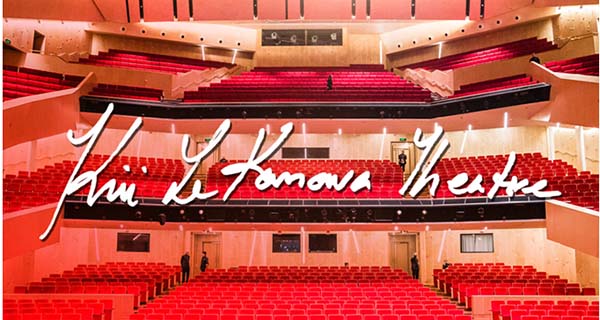 As an acknowledgement of Dame Kiri Te Kanawa’s formidable talent and contribution to the arts as one of the world’s greatest sopranos, Aotea Centre’s ASB Theatre will be renamed Kiri Te Kanawa Theatre, with a gala concert to commemorate the occasion on the 20th November.

As the guest of honour, the concert will include some of Dame Kiri’s operatic favourites and will feature the Auckland Philharmonia Orchestra conducted by Music Director Giordano Bellincampi, together with the Freemasons New Zealand Opera Chorus.

Dame Kiri, New Zealand’s first Grammy Award winner, opera royalty and performer on the most spectacular stages in the world, expressed her appreciation for the tribute: “I thank the City of Auckland, ASB and RFA for this great honour. To be recognised in this way in my country means the world to me. 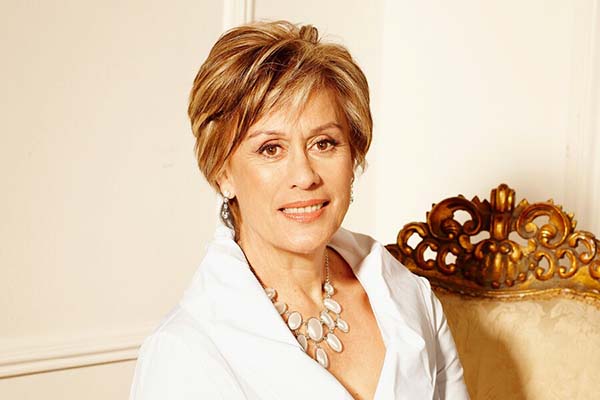 “This stage and Aotea Centre have a very special place in my heart; and the Kiri Te Kanawa Theatre is a welcoming space for opera lovers and performers alike.

“I look forward to seeing many talented, hard-working New Zealand singers perform the greatest operas right here in future, as my Foundation and enablers such as ASB Bank and RFA build a new opera legacy together.”

ASB Bank has held the naming rights to the theatre since it opened in 1990.  Working in partnership with Regional Facilities Auckland (RFA) and the Kiri Te Kanawa Foundation, the bank’s decision to relinquish these rights makes this tribute possible.

According to Vittoria Shortt, ASB Chief Executive, honouring Dame Kiri in this way is a special privilege: “As a long-standing sponsor of the arts, we are proud to support this recognition of Dame Kiri’s outstanding contribution to classical music in New Zealand, and as one of the world’s greatest sopranos.

“ASB Bank has been a part of Dame Kiri’s journey from the very start. In 1965, Bill Barrett, the bank’s general manager of that time, recognised her immense talent and established the Kiri Te Kanawa Trust, which enabled her to travel to the UK for extended study at National Opera Studio, London.

“When Dame Kiri’s own Foundation was created for outstanding young New Zealand singers, we were one of the first commercial organisations to support it.  Today, it is fitting that we can come full circle and can honour her hard work and prodigious talent by supporting the Kiri Te Kanawa Theatre.”

As custodian of the purpose-built performing arts centre, Regional Facilities Auckland has seen a wealth of local and international talent grace the Aotea Centre stage. RFA Board Chair Andrew Barnes said the new name has a very special significance for artists.

Barnes noted: “Dame Kiri has inspired so many talented young Kiwi performers to step onto the world stage and follow their dreams, through her example and through her Foundation.

“With the gracious support of ASB Bank, we are delighted to be able to honour that legacy in Dame Kiri’s seventy-fifth year, and to be able to showcase new and fresh talent in the first theatre to bear her name.”

Auckland Mayor Phil Goff says bestowing Dame Kiri’s name on the theatre honours an extraordinary singer and a remarkable legacy: “It is fitting that Auckland recognises Dame Kiri Te Kanawa in this way. It acknowledges her incredible contribution to Auckland, to New Zealand, and to the classical music world, as well as her strong connection with the Aotea Centre and the theatre.

“Dame Kiri was an early champion of the Aotea Centre − a commitment that culminated in her return to Auckland in 1983 to sing in two fund-raising concerts which raised nearly $500,000 for the campaign.

“I am delighted Auckland is bestowing this honour on one of New Zealand’s iconic artists.”

Produced by Auckland Live, the gala concert is made possible with the support of ASB Bank, the Kiri Te Kanawa Foundation, New Zealand Opera, the Auckland Philharmonia Orchestra and Regional Facilities Auckland.

The full gala concert programme and line-up of artists will be announced on Tuesday 3rd September.

The gala concert will go on sale to the general public on Friday 6th September, 10am.