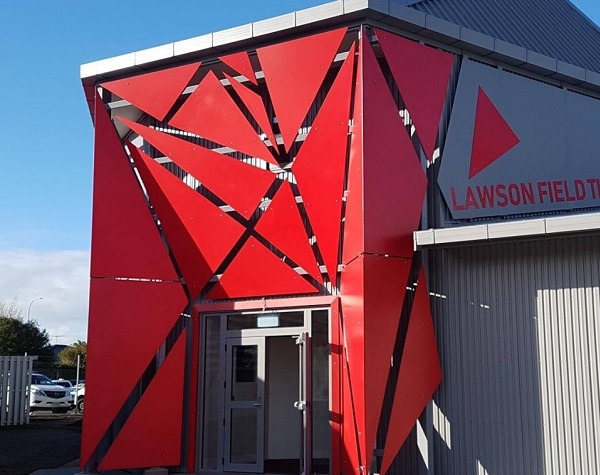 The $3.6 million upgrade of the Lawson Field Theatre in Gisborne is now complete and ready for its first public event and official opening concert next month.

The upgrade and earthquake strengthening project was assisted thanks to extensive fundraising efforts by the War Memorial Theatre Trust.

Featuring a modern facade referencing the neighbouring Rose Garden, the upgraded theatre has a number of enhancements that will make it ideal for a wide range of users and events.

The foyer and Rose Room have been beautifully refurbished, alongside the upgraded patio area and landscaping into the Marina Park so the venue can be used for outdoor events.

The theatre has new staging, lighting and a number of safety, convenience and comfort improvements for hirers and patrons.

Local company Currie Construction Ltd started work on the theatre in June last year. Due to the earthquake strengthening required, it has been closed to the public since October 2016.

The theatre opensed its doors for a public event on Tuesday this week, before the official launch hosted by the War Memorial Theatre Trust on 14th September.

Trust Chairwoman Pat Seymour says the launch will provide an opportunity to acknowledge the charitable trusts and individual donors in the community who made the project possible.

She explained "the trust set a target of raising $1.5 million to see the project completed, opened and fitted out with the necessary inclusions for an operative complex that is much more than a theatre," Mrs Seymour says.

"We look forward to the theatre being available to our community once again for public and private bookings."