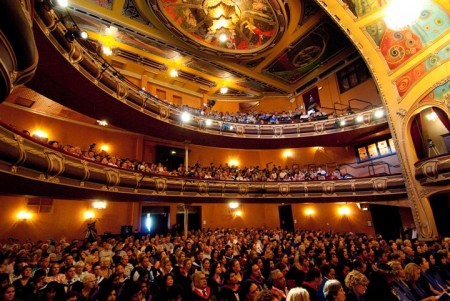 Work on strengthening the Hawke’s Bay Opera House will start in August and take about 18 months.

Announcing the start of work, Hastings Mayor Lawrence Yule stated “we’re very pleased to be able to announce a start on the work.

“It has been a very detailed process getting to this point and we are aware that our residents have shown a lot of patience while they wait for the project to get started.”

Project manager Herman Wismayer was appointed by Hastings District Council in November to oversee the project and this month a construction company will be appointed. Further details of the work programme will be released after that.

An extensive public consultation was carried out last year asking residents if they were in favour of strengthening and re-opening the opera house; 80% of respondents were in favour of bringing the building up to 70 to 75% of the current New Building Standard.

Mayor Yule added “it is a very big project, but with the backing of our people we believe that this level of intervention will ensure our opera house’s security into the future. It is a vital piece of our heritage, at more than 100 years old. We will all be extremely pleased to see it open and filled with our people again.”

The Hawke’s Bay Opera House was closed in 2014 after engineers found the 12-metre side walls of the theatre could collapse on an audience during an earthquake. Parts of the opera house fell well short of national requirements to reach at least 34% of the current building code.

The indicative cost of strengthening the building is $11 million, however, that could change through the finalising of the tender.

Meanwhile, the Council said external fundraising opportunities were continuing to be investigated.

Locally-based building company Gemco Construction has been announced as the successful tenderer to undertake the work.