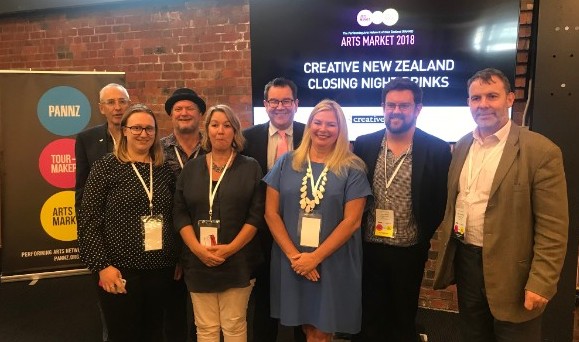 The Performing Arts Network of New Zealand (PANNZ) is reporting an increase in touring of professional New Zealand theatre, music and dance in communities throughout the country as a result of the recent PANNZ Arts Market, and the work of their national touring agency, Tour-Makers.

The annual PANNZ Arts Market - the most recent edition of which was staged from 6th to 8th March at the MACs Conference Centre in Wellington - is a marketplace showcasing over 50 new New Zealand productions, is seeing significant growth in the number of performances booked by festivals, venues and touring agencies across New Zealand.

Tour-Makers are bringing more professional shows to the regions while working to establish a sustainable circuit for touring work.

PANNZ Chair James Wilson is delighted at the growth of the PANNZ Arts Market , stating “we have an ever-growing number of venues and festivals attending, and more artists and companies presenting than ever before.”

Wilson puts this down to, “an increased and growing appetite for content” and suggests it is time for the performing arts sector to consider if there are the right mechanisms in place to support the programming, touring and presenting of additional productions.

Tour-Makers Senior Producer, Drew James sees that the sustainability of touring in New Zealand is reliant on a partnership between touring artists, local venues, and local Government recognising the value of and supporting a vibrant community.

James explains “we have been working closely with local government-owned venues around New Zealand and assisting them to develop capability as cultural leaders in their community, with a mandate to create a balanced annual programme, develop audiences and community engagement with high-quality New Zealand performing arts.

“If we can build these partnerships, it will be a game-changer for touring in New Zealand.”

Opening the 2018 PANNZ Arts Market, Wellington Mayor, Justin Lester talked about the Wellington City Council’s decade of culture plan, which will see an additional $127 million investment in to arts and culture over 10 years.

In his address to the event, Mayor Lester discussed a strong cultural programme in Wellington to be beneficial to the economy. 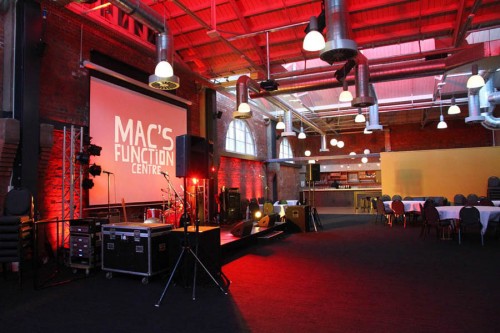 Tour-Makers presented That Bloody Woman and The White Guitar in Wellington, while Drew James, who is also Artistic Director for major Wellington event, Cubadupa, said that the initiative would allow Tour-Makers to bring more work to Wellington that previously may have missed out due to costs.

James explained “Wellington is an important market for New Zealand performing arts, but it has been very difficult and expensive to bring work to the capital due to lack of venues over 300+ audience capacity, and the high cost of WREDA run venues.

“WREDA is proposing to develop a programming strategy to ensure that the Wellington community does not miss out on high-quality New Zealand work, and a range of resourcing and subsidy initiatives to make it more financially viable.”

In a serious light he expressed a wish by the new Government to “put the arts back at the centre of who we are” as New Zealanders – a statement made to enthusiastic applause.

Creative New Zealand Chief Executive Stephen Wainwright praised PANNZ for its contribution to the arts and the remarkable growth of its Arts Market and of Tour-Makers, adding “the future of the performing arts in New Zealand is bright, and this is largely a result of the commitment of these thoroughly dedicated arts professionals.”

Established 19 years ago by the Entertainment Venues Association of New Zealand (EVANZ), the PANNZ Arts Market has grown from a gathering of 10 and a handful of shows pitched, to a three-day gathering of 220 artists, producers, venue and festival managers, touring companies and industry suppliers.

Images: PANNZ delegates and speakers with Associate Minister for Arts, Culture and Heritage Grant Robertson at centre (top) and MACs Conference Centre  (below).