All Blacks feature in new campaign to promote Auckland 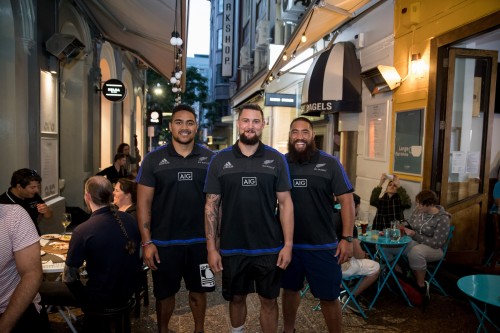 With less than 90 days to go until the first All Blacks game in Auckland against the British & Irish Lions, three All Blacks play a starring role in a new tourism campaign showcasing what Auckland can offer visiting fans.

The campaign concept is centred on Auckland being the All Blacks’ ‘secret training ground’ with the trio spending a few days filming around Auckland, showing how the region plays a role in their success in a tongue-in-cheek way.

The British & Irish Lions are returning to New Zealand for the first time in 12 years, bringing the best rugby players from England, Ireland, Scotland and Wales.

Auckland is hosting three matches at Eden Park - two Test matches taking on the All Blacks, on 24th June and 8th July, plus a tourl game against the Auckland Blues on 7th June.

The one minute video will be shared online through All Blacks.com, All Blacks Tours, Lions Rugby Tours, and ATEED’s own social channels, and is expected to reach a combined audience of 4.5 million.

There are also additional media buys to boost the reach further via Facebook, specifically targeting United Kingdom travellers, in the age 45 and over market, with an interest in rugby.

ATEED General Manager Visitor and External Relations Steve Armitage says with Auckland expecting around 20,000 visiting British & Irish Lions fans in June and July the campaign sets out to highlight the extensive range of experiences Auckland offers outside of game times.

Armitage explains “Auckland is looking forward to welcoming the many thousands of British & Irish Lions fans that have booked to come here, and we want to make sure they know how to make the most of their time in Auckland.

“By showing how much the region offers and how accessible it is we hope they end up staying longer and spending more while they are here.”

The campaign will run from until July.