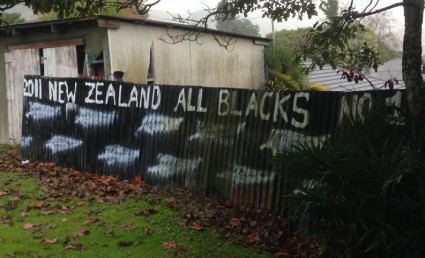 The 2015 Rugby World Cup final in London on Saturday, watched by millions of fans in Australia and New Zealand very early on Sunday morning, capped a great tournament that has worked for fans, organisers, broadcasters and tourism.

As Julian Jenkins of the Fanalyse Business Consultancy writes, the All Blacks lit up the 2015 Rugby World Cup in more ways than one.

Not only are they the only team that has won back to back World Cups, but they have shown how to perform both on and off the pitch.

The All Blacks’ culture and beliefs sees a nation of 4.7 million inhabitants constantly punch above their weight in comparison to other countries with larger populations.

They have five clear values and they stick by them week in week out and it is no wonder they are the most successful rugby team ever.

1. Sweep the sheds
Before leaving the dressing room at the end of the game, some of the most famous names in world rugby – including Richie McCaw, Dan Carter and Mils Muliana – stop and tidy up after themselves. They literally and figuratively 'sweep the sheds'.

Former All Black Andrew Mehrtens describes it as an example of personal humility, a cardinal All Blacks value.

Though it might seem strange for a team of imperious dominance, humility is core to their culture. The All Blacks believe that it's impossible to achieve stratospheric success without having your feet planted firmly on the ground.

Though a spearhead has three tips, to be effective all of its force must move in one direction. Hence the All Blacks mantra 'No D*******s', a term shamelessly stolen from the Sydney Swans.

The All Blacks select on character as well as talent, which means some of New Zealand's most promising players never pull on the black jersey – considered d*******s, their inclusion would be detrimental to the whanau. 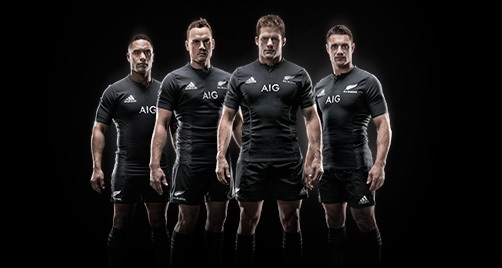 3. Champions do extra
Former All Black Brad Thorn's mantra, 'Champions Do Extra', helped him become one of the single most successful players in rugby history.

The philosophy simply means finding incremental ways to do more – in the gym, on the field, or for the team.

A focus on continual improvement, the creation of a continual learning environment, and a willingness to spill blood for the jersey was at the core of Graham Henry's All Black culture.

4. Keep a blue head
Following their arguably premature exit at the 2003 Rugby World Cup, the All Blacks worked with forensic psychiatrist Ceri Evans to understand how the brain works under pressure. They wanted to overcome their habit of choking.

The All Blacks use triggers to switch from Red to Blue. Richie McCaw stamps his feet, literally grounding himself, while Kieran Read stares at the farthest point of the stadium, searching for the bigger picture.

Using these triggers, the players aim to achieve clarity and accuracy, so they can perform under pressure. 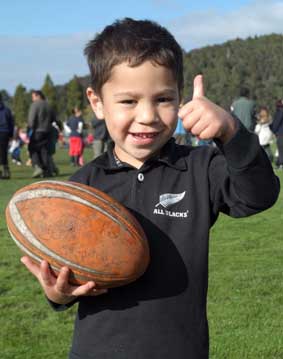 5. Leave the jersey in a better place
The All Blacks have long had a saying: ‘leave the jersey in a better place’. Their task is to represent all those who have come before them – from George Nepia to Colin Meads, Michael Jones to Jonah Lomu, and all those who follow suit. An All Black is, by definition, a role model to schoolchildren across New Zealand.

Understanding this responsibility creates a compelling sense of higher purpose. It's a good lesson for us all: if we play a bigger game, we play a more effective game.

These principles should and could be taken into any sport or business, but having values on paper is one thing delivering on them consistently is another.
Julian Jenkins is Chief Executive of the Fanalyse Business Consultancy.

Images: Grassroots New Zealand support for the All Blacks (top) and All Blacks stars (middle - image courtesy of adidas) and a young rugby player aspires to be an All Black (below).