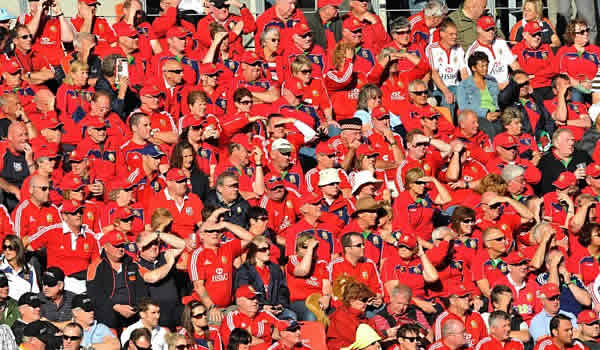 The just released pricing and sale details for the five-week tour show that top price tickets for each of the three tests will cost up to $449 – a considerable premium on the usual cost of regular international and Super Rugby matches in New Zealand, while the cheapest tour match tickets will be $39.

Acknowledging the premium pricing of tickets, NZ Rugby Chief Executive Steve Tew said NZ Rugby was committed to making matches affordable but acknowledged prices had to be higher for the biggest event it can host outside a Rugby World Cup.

Suggesting that the tickets were priced at the approximate level of a World Cup quarter-final, Tew explained “we believe we’ve got the balance right.

“We want to encourage as many New Zealanders as possible to embrace this unique rugby experience as we welcome the legions of Lions fans to our shores.

“The revenue that’s generated from this one-in-12-year event gets ploughed back into rugby at all levels for the benefit of future generations.”

The seven other matches involving the New Zealand Provincial Barbarians, the Super Rugby teams and the Maori All Blacks range from $39 to $129. Children’s tickets start at $10 for the tour-opening Barbarians match in Whangarei and $29 for the other non-Test matches.

More than 20,000 Lions fans are expected to join the tour between 3rd June and 8th July next year.

Image: British and Irish Lions fans in Sydney in 2013