Lions to roar across New Zealand in 2017 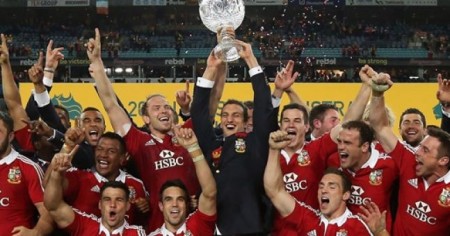 Seven New Zealand cities will host the British and Irish Lions when they tour in 2017, with more than 20,000 rugby fans from the British Isles expected to attend what will be the biggest sporting series to be held in New Zealand since Rugby World Cup 2011.

The host cities will be Whangarei, Auckland, Hamilton, Rotorua and Wellington, in the North Island, and Christchurch and Dunedin, in the South Island.

The tour, which will include three tests against the All Blacks, will consist of 10 matches, kicking off in Whangarei on 3rd June and finishing at Auckland’s Eden Park on 8th July 2017.

Eden Park will host the first and third Tests, while Wellington's Westpac Stadium will stage the second Test.

The Lions - who have not won a series against the All Blacks since 1971 - will face all of New Zealand’s Super Rugby teams and New Zealand Maori.

The Lions 2005 series in New Zealand attracted more than 20,000 Lions supporters, contributing an estimated $135.2 million into the New Zealand economy.

Their most recent tour, to Australia in 2013, helped the Australian Rugby Union record a record profit in that year while also boosting the hospitality and hotel sectors in Brisbane, Melbourne and Sydney.

Bowler stated “it is an epic event for New Zealand that’s celebrated right across the country, on and off the field.

“An important part of visiting New Zealand is to get to know the locals and the Lions tour is one of those occasions when everyone comes together to have a fantastic time while watching some great rugby.”

Main image shows the British and Irish Lions after their 2013 series win.