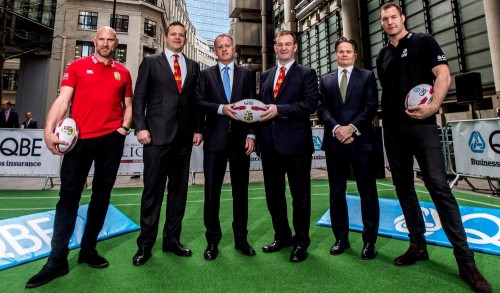 Insurer QBE has been announced as the Principal Partner of the British & Irish Lions for their 2017 tour of New Zealand.

QBE will join an elite global group of sponsors supporting the Lions in their series of games against New Zealand’s finest rugb sides, culminating in three Test matches against the All Blacks.

“As one of the world’s leading international insurers QBE’s ability to look at managing and mitigating risk from every possible angle means they understand how important it is for the Lions to build a strong backroom team to support the players on the field. The coaches, analysts, strength & conditioning, medical, logistics, all the administrative teams and our partners come together with a common goal of uniting as one to ensure our players are best placed to meet the challenges in New Zealand.

“We are looking forward to working with QBE and their support for the British & Irish Lions and our ‘team, behind the team’.”