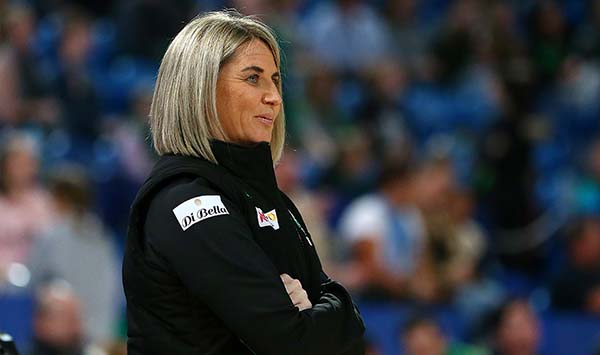 The Australian Institute of Sport (AIS) has launched the ‘National High Performance Coach Development Taskforce’ aimed at making Australia the world leader in modern high performance coaching development before the end of the decade.

High aspirations are being set, and by the Los Angeles Olympics in 2028 Australia aims to be among the world leaders in the professionalisation and modernisation of elite coaching.

The Taskforce combines the expertise of the AIS, National Institute Network (NIN) and National Sporting Organisations (NSOs), while the AIS is now recruiting for a manager to drive a national high performance coach development program.

AIS Chief Executive, Peter Conde said the rapid evolution of modern coaching and the global rivalry for coaching talent meant Australia needed to act now to elevate its coaching ranks across all levels - including community coaching in coordination with Sport Australia.

Conde noted “the future success of Australian athletes and sport will depend on having a sophisticated, advanced and united coaching development system that is the envy of the world.

“The role of a modern high performance coach is rapidly evolving and expanding. The world’s best coaches are no longer just masters of technique and tactics, they need to be experts in managing people and professional networks. They need to set a performance culture, while balancing athlete wellbeing. They are on the frontline when it comes to protecting the integrity of sport.

“Australia has had, and still has, incredible coaches, but we need to build on that with a cohesive national approach so we can expand our coaching pipeline at all levels.

Conde added“Australian sport took a giant leap forward last year with the launch of the National High Performance Sport Strategy which enables us to join forces and make significant progress. A coordinated national approach to coaching development is critical to long-term sporting success, it can be Australia’s biggest competitive advantage.

“The sporting world is staring at many of the same problems when it comes to coaching, like how to address the vast under-representation of women or how to successfully transition athletes to coaching. Already this taskforce is exploring ideas like applied coaching apprenticeships to turbo-charge the workforce, or cross-sport opportunities to accelerate the development of coaches.

Conde said the national coach development strategy would complement the foundation work the AIS and NIN had already commenced over the past two years in pathway development and wellbeing programs.

The AIS has, over two years, invested $13.2million in Pathways Workforce Grants to 36 National Sporting Organisations (NSOs), which has helped fund more than 45 full-time coaching and pathway leadership positions.

The AIS, in collaboration with La Trobe University, is currently putting 40 Pathways coaches through a 24-week e-learning course, a response to COVID-19.

Conde explained “to have top-shelf coaches and world-class athletes, you need to upskill coaches at all levels. We want to build a consistent national coaching system, from those working with emerging pathways athletes through to those guiding Olympic, Paralympic and Commonwealth Games athletes to gold medals.

“We need to focus on coach identification, recruitment, development and retention. We’re determined to get this right because it’s a foundation stone for Australian sporting success.”

“With the Olympics coming up next year I really had to think about it, but then I look at the huge amount of information I was able to learn from connecting with other coaches ahead of the 2016 Rio Olympics and that was a big part of our result. So I’m humbled to be part of this.

“Coaches can often be very focused on the immediate future because they’re defined by results, but as part of Australian coach development we need to take a strategic approach. We want to attract the best talent to coaching and have a long-term approach so that when one coach leaves, that knowledge is shared and passed on to the next. The Taskforce objective ‘outcoaching the world’ really resonated with me.”

Australian Diamonds netball coach Stacey Marinkovich welcomed the opportunity for greater cross-sport collaboration and added “the Taskforce brings together so much expertise from different sports and so it is a big opportunity to find a common language for Australian coach development. There’s no doubt coaches can benefit from divergent thinking and to do that you need to mix with people outside your own system.”