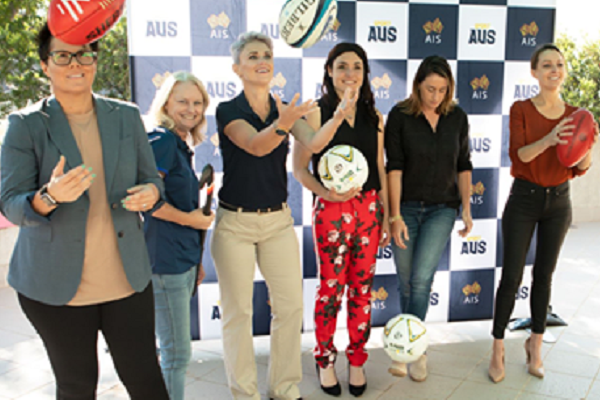 The Australian Institute of Sport (AIS) today announced the latest participant intake of the AIS Talent Programs, continuing its commitment to placing more women in leadership positions in Australian Sport.

The AIS Talent Programs were first launched in 2019 to address the under-representation of women in executive and high performance coaching roles. In 2020, the year-long immersion program will see 34 women from a diverse range of backgrounds take part in individual and group development, focusing on identifying opportunities and removing barriers to success.

Minister for Youth and Sport Richard Colbeck said the nation-wide program will focus on developing high performing women and preparing them for leadership at the highest level.

Minister Colbeck advised “these programs are designed to challenge the status quo and initiate systemic changes in the Australian sporting system.

“This dynamic group of emerging leaders will gain both professional and personal skills to progress their careers. I am really looking forward to seeing how they’ll influence and implement positive change in the sporting landscape in the years ahead.”

The AIS Talent Program is supported by the Women Leaders in Sport grant provided to Sport Australia by the Department of the Prime Minister and Cabinet’s Women’s Leadership and Development Program.

AIS Chief Executive Peter Conde said the program was part of the organisation’s ongoing commitment to increasing the depth and diversity of talent in sport.

“Throughout the course of the program the current sporting environment will be explored through the lens of the participants, to identify real solutions that sport can adopt to entice and support more women to step into senior leadership roles.”

“We received more than 150 applications for this program which showcases that there is vast talent pool of high-performance female coaches and executives who are driven to succeed.”

Australia’s most decorated basketballer Lauren Jackson, who stepped into the role of Head of Women in Basketball at Basketball Australia in 2019, is one of the 17 executives who are in Canberra today for day one of the program.

Jackson advised “after being involved in sport as a player for almost two decades, it has been fantastic that I am still able to contribute to the sport I love now as an administrator and leader.

“I am so grateful to be the given the opportunity to take part in this program and continue to develop my leadership skills and better understand some of the factors that may be prohibiting other women from pursuing a similar path.

“It is incredible to be back here (at the AIS) where it all started for me as a 15-year old aspiring basketballer to now receiving the support and guidance I need to excel in the next stage of my career.”

For more information on the AIS Talent Program go to www.ais.gov.au/coach-and-executive-development/talent-programs