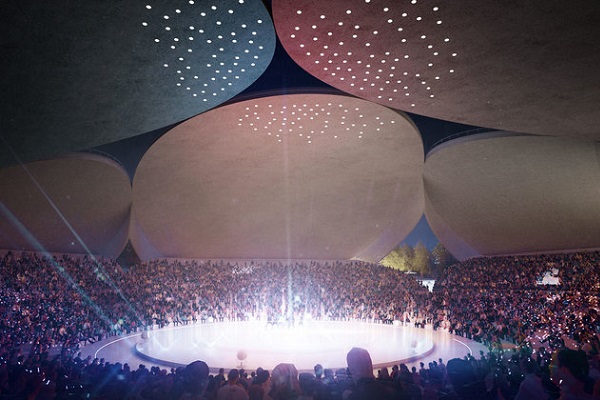 AEG plans to develop a new entertainment complex in the South Korean capital of Seoul have moved forward with the signing of an agreement with CJ Group, the country’s largest media conglomerate.

The agreement marks AEG’s entrance into the burgeoning South Korean live entertainment market and further expands its footprint in Asia, where existing and future venues include Dubai’s Coca-Cola Arena, Thailand’s Bangkok Arena and EM Live, and the Mercedes-Benz Arena in Shanghai, China.

“Seoul Metropolitan Arena, which will be designed by a leading architectural firm, is expected to be a competitive venue not only across Asia, but also globally, due to performances of K-pop as well as world-renowned artists.

“Securing qualified content based on building a world-class facility is a key success factor for the arena in CJ LiveCity. In this context, the collaboration with AEG, which is one of the world’s leading venue operators and global live music companies, will be one of the most important factors for the arena’s success.”

In addition to its entertainment activities – which include record labels, concert production/promotion and music publishing, as well as television production and the CGV cinema chain – CJ Group is active in food and food service, pharmaceuticals, biotechnology, home shopping and business logistics.

AEG Asia President and Chief Executive, Adam Wilkes added “we believe that the combination of CJ LiveCity and the new Seoul Metropolitan Arena will revolutionise Korea and the region’s entertainment landscape.

“Both AEG and CJ share a vision of Korea as a world-leading entertainment destination and we are thrilled to work with such an innovative leader. CJ has an in-depth understanding of the Korean and Asian markets and unparallelled experience in entertainment.

“We believe that Seoul Metropolitan Arena will become a must-play destination for world tours and look forward to breaking new ground together.”