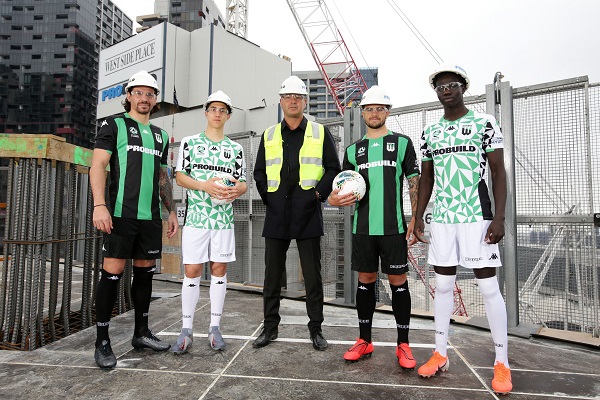 Western United FC has secured one of Australia’s largest construction companies as the club’s inaugural major sponsor ahead of its debut 2019/20 A-League season.

Probuild, United’s foundation partner and stadium construction partner, will have the companies logo feature on the club’s playing kits, as well as on the apparel of staff and coaches.

Advising that the A-League’s newest competitors are thrilled to welcome the Tier 1 construction company on board, Western United Chief Executive, Maurice Bisetto stated “Probuild is an incredibly respected business across Australia, and we are honoured to be working with them in what is an exciting time for our club leading into the beginning of our inaugural season.

“Its company ethos aligns closely with what our club stands for, with both organisations striving for the highest quality and success in everything we do.

A leader in constructing high quality and technical projects, Probuild will build the club’s Wyndham Stadium and precinct.

“It’s rare that there’s an opportunity to help build a club from the ground up, and that happens to be what we do best.

“We can’t wait to begin construction on the brand-new purpose-built, state-of-the-art football stadium.

“As a former Socceroo, this project combines my two passions; construction and football.”