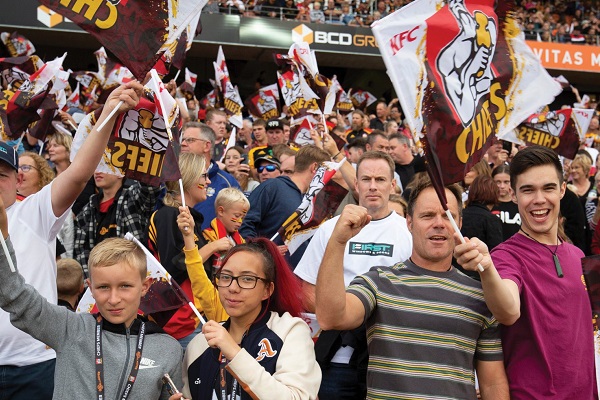 The Waikato Chiefs will celebrate 25 years of operations when they return to FMG Stadium Waikato tomorrow to face the Hurricanes.

Limited edition playing cards will be available to purchase on the night which acknowledge significant milestones including Chiefs 100 game centurions, back-to-back Super Rugby title wins, international history-making fixtures and more. For every pack sold of the Gallagher Chiefs playing cards, 100% of the purchase price will be donated to the Chiefs Rugby Club Official Community Partner, Variety - the Children’s Charity.

Not only will fans be celebrating historic moments in Chiefs Rugby history, some will be testing their gumboot throwing, with prizes up for grabs for fans who throw past 25 metres, 1 metre for every year of Chiefs Rugby

To celebrate 25 years, a special $25 ticket bundle is on offer for the match which scores fans an adult and child ticket in goal line or family uncovered zones.

A new piece of Gallagher Chiefs jersey history will also be unveiled prior to teams kicking off.

The new playing strip to be unveiled will be worn by the Gallagher Chiefs when the side take on the Bulls at FMG Stadium Waikato on Saturday 4th April. Following the unveiling, fans will be able to purchase the new jersey from the merchandise stands at the game. Once the game has concluded, fans will also be able to purchase online. 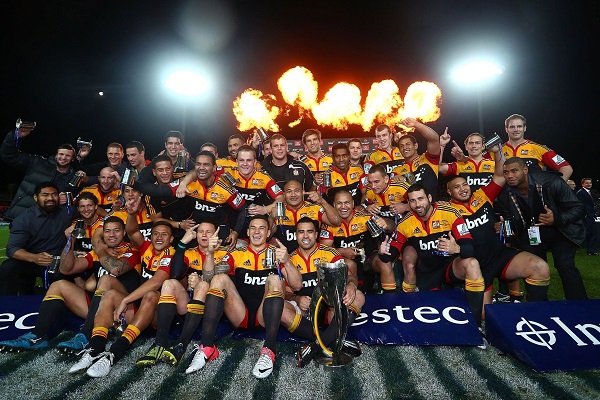 The ‘Loosies Zone’ in FMG Stadium Waikato’s Green Zone will be launched on Friday night. The music will be turned up a notch, students will be chanting, beach balls will be tossed around, and t-shirt giveaways will be snapped up.

Fans are encouraged to get to the ground before 5.30pm to welcome the Gallagher Chiefs team as they enter FMG Stadium Waikato through Gate 1 and walk through the Whatanoa Gate. Fans will then be in the draw to win cash if they are in their seat. A seat number will be randomly drawn and if the winner is in the seat when it is called at 6pm, they will win $1,000.

Half time entertainment is set to challenge the crowd with Gallagher’s Half Time Oranges activation. Fans will be challenged to move large inflatable oranges from one end of the stadium to the other to raise $1,000 for Variety - the Children’s Charity.

While there is plenty of excitement on the field spectators and fans will be wowed with pyro technics, feel at home with Maori Toa’s welcome and be entertained before the match with live music from teenager Ben Horlock.

The earlier kick off time of 7.05pm has been designed to encourage families to attend.