When Richard Shalders founded the YMCA in Auckland in 1855, he set in motion an organisation that is still going strong today. While built on the same values as the original institution when it began 160 years ago, it is clear that the YMCA Auckland has grown and adapted with the times.

Their first steps into the fitness side of physical activity came in 1972 when the businessmen’s health club opened on Pitt Street in Auckland.

This club, under the leadership of Chief Executive Marie Rendel was instrumental (along with Les Mills and Clive Green) in establishing the 1970s gym ‘scene’ that was the start of what has evolved into New Zealand’s fitness industry.

The gym also featured treadmills and pieces of resistance strength training equipment designed and built by staff, as such equipment was not readily available in New Zealand at that time.

Since that first facility at YMCA Auckland, the YMCA has grown to currently operate 12 exercise facilities across Auckland and Hamilton, of which three are owned by YMCA, while the remaining nine are management contacts with Auckland Council. 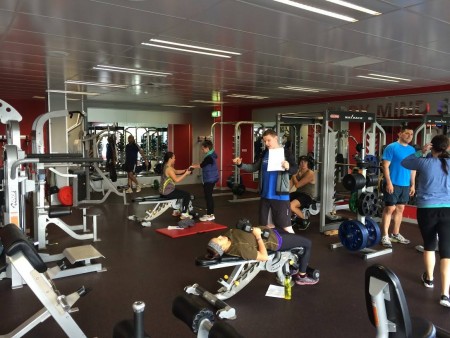 While fitness is the strongest area of the Auckland YMCA today, the organisation operates a number of other facilities that encourage and support exercise and physical activity through their recreation and aquatics.

They provide the community with a range of recreational and sport programmes catering to all ages and abilities. As well as the 12 exercise facilities, there are five aquatic facilities, two camps, two accommodation buildings, five licensed early childhood centres, and eight indoor stadiums.

The YMCA operates many programmes such as learn to swim, youth development, kids activities, specialist exercise programmes as well as being the largest provider of out of school care and recreation (OSCAR) services in New Zealand.

Their vision is not only what they believe in but what they do. YMCA has an inclusive, family focus.

While many facilities achieve in the area exercise and fitness, the Auckland YMCA takes this beyond the club walls, beyond traditional exercise programming, and into the community and lives of the people it serves.

While the work the Auckland YMCA does is wide in terms of what they achieve, there are some key areas and projects that are of particular significance to helping people get active and stay active, and also to engage with people who had perhaps not previously been able to access exercise options.

In the area of exercise for older adults, the YMCA Auckland were early adopters of the respected ‘never2old’ programme, developed by AUT (Auckland University of Technology) with 11 clubs offering this group exercise programme. Many clubs offer the never2old programme daily, and the Pitt St branch (where it all began) is offering sessions a couple of days a week, twice a day, to keep up with demand of up from 40 to 50 participants.

A recent addition to the Auckland YMCA is their Jumpstart programme, for those with diabetes. In this 10 week programme, JumpStart participants access education on health psychology, nutrition and podiatry as well as physical activity

They also offer the Green Prescription, and have smaller programmes working with stroke rehabilitation, mental health and multiple sclerosis.

The NZ Register of Exercise Professionals - REPs also recognises the YMCA for its significant support of its registered exercise professionals, and the overall professionalism of the exercise and fitness industry. 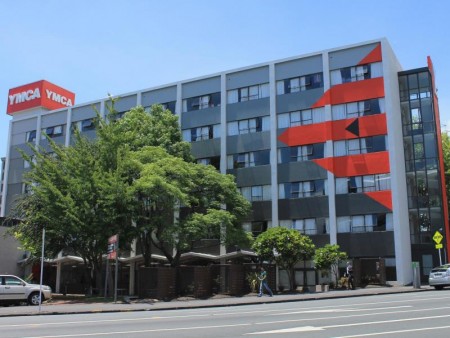 YMCA Auckland have had all their facilities and staff registered with REPs since REPs registration began in 2004.

Grant Helleur, YMCA Auckland Business Manager, who is responsible for their fitness and recreation operations says “in the early days, it was tough showing our trainers the value in being registered (this is a cost they incur).

“However in recent years the value has increased especially with the introduction of the industry conference FitEx, and as an organisation we have used the REPs code of ethical practice by having every trainer signing to agree to this in their HR/Employment relationship with the YMCA”.

For more information on REPs go to www.reps.org.nz

Images: Exercise opportunities at the YMCA Auckland (top and middle) and the landmark YMCA hostel on Auckland's Pitt Street (below).