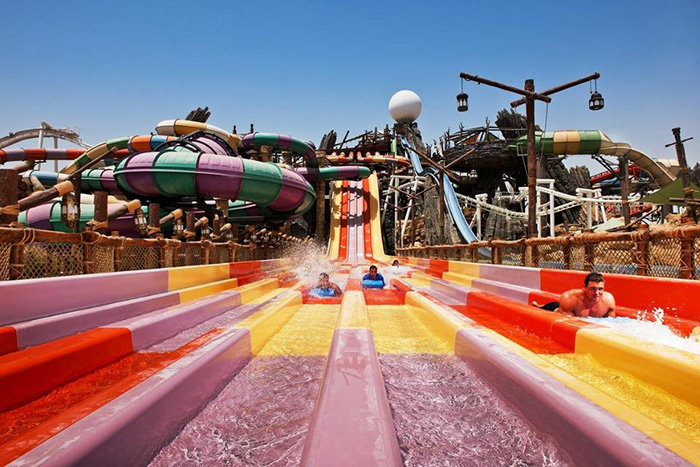 In addition to this latest award, Yas Waterworld has earnt more than 30 industry accolades including being voted the second-best themed water park in the world by the Los Angeles Times in 2013 and being given a Leading Edge award by the World Waterpark Association. Earlier this year it was inducted into the TripAdvisor Hall of Fame and was named the Middle East’s Leading Waterpark at the World Travel Awards.

Accepting the award at a ceremony in Lisbon, Portugal, Yas Waterworld General Manager Bianca Sammut stated "we love this park, and to have that love reciprocated by fans around the world means everything to us.

"Since the day we opened Yas Waterworld's doors, we've been on a mission to provide one-of-a-kind experiences to families from across the globe, and this award is recognition of that mission bearing fruit.

"We are committed to continuously upgrading the park, keeping it at the forefront of entertainment and leisure innovation, and creating special water adventures and memories that last a lifetime."

Yas Waterworld’s introduction of Cinesplash 5D is believed to have contributed to the park’s success. 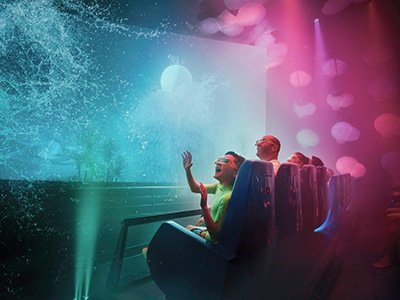 Cinesplash 5D was invented and installed by Attraktion and is the world’s first flooded auditorium with 36 moving seats.

Special effects are synchronised to the on-screen action and three degrees of freedom (3DOF) motion seats literally create an immersive experience. In addition to the floods, there are water explosions, fountains, waterfalls, water guns, and rain effects.

First, rain sprays down before waterfalls gush onto the stone floor from beside the screen. It floods the theater up to the level of the plastic seats which sway in time to the waves on screen in a mesmerising motion. Water jets under the chairs even give the impression of the current. 3D splashes on screen make their way into the theater as fountains spring up next to the seats and mist rolls in when the journey heads on to land.