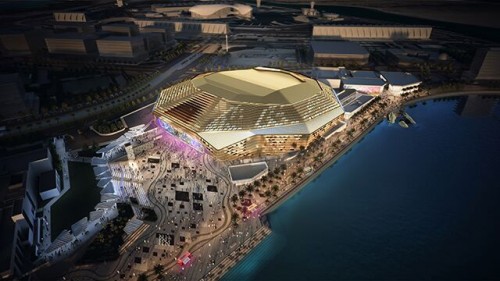 The temperature controlled environment is designed by global architectural practice HOK), with support from Pascall+Watson. HOK also designed the adjacent arena retail and dining destination along the boardwalk, forming a mixed-use anchor on the east end of Yas Bay.

Abu Dhabi events company Flash Entertainment will host entertainment and sporting events inside the Yas Arena and it has been designed to accommodate a variety of events, including tennis tournaments, wrestling matches and concerts.

BAM International has successfully delivered various projects on Yas Island, including the Crowne Plaza and Staybridge suites hotels, as well as the Welcome Pavilion adjacent to the island’s Ferrari World.

Work on the Yas Arena is already underway with BAM expecting to complete Yas Arena by November 2019.