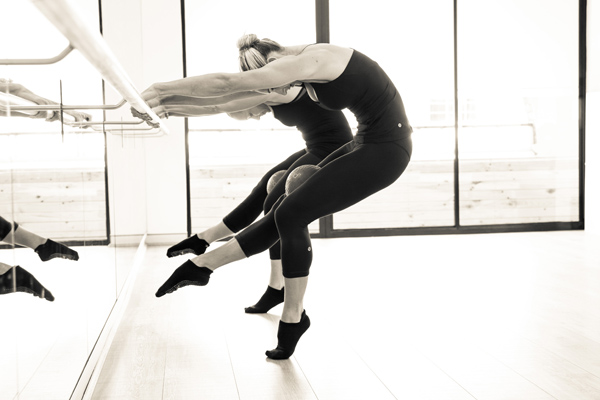 The Xtend Barre Workout, a fusion of Pilates and dance designed to impart co-ordination, rhythm and cardiovascular fitness, was been one of the fitness success stories of 2013.

Eddy completed her Xtend Barre instructor training in May 2013, finding that her expertise in dance and Pilates complimented the Xtend Barre system perfectly, and took the opportunity to open the first New Zealand Xtend Barre franchise in Central Wellington.

Eddy's involvement with Xtend Barre has also seen her take on the role of Xtend Barre Instructor trainer for New Zealand.

Designed for all levels of fitness, each class focusses on using the body’s own weight to strengthen, sculpt and chisel all muscle groups resulting in defined abdominals, toned arms and improved posture.

Eddy explains “you do not need to be an expert ballerina or a Pilates enthusiast to enjoy Xtend Barre.

"There is nothing else of this quality available in New Zealand Z and I am so excited to bring this international brand to Wellington. Not only do our Xtend Barre clients look great, they feel great from the inside out and have seen positive changes in all aspects of their lives."