Plummer warns of the dangers of low-cost fitness memberships 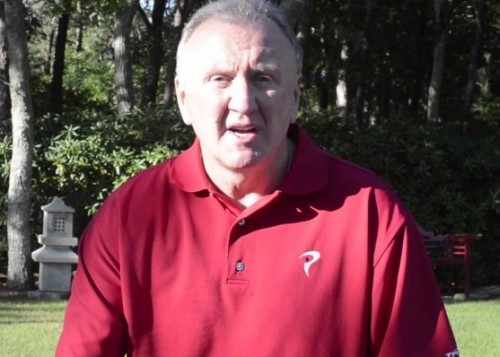 Renowned US-based health and fitness expert Thomas Plummer has issued a warning to the global fitness industry about the perils of low-cost memberships.

Addressing delegates at the recent Leisure Industry Week (LIW) 2011 in the United Kingdom, Plummer drew on his extensive experience of the US market to reveal that budget models were a "micro-trend".

In his address, 'Global trends in the fitness industry that will change the game', Plummer told delegates that the USA "is in the middle of a micro-trend and it's going to spill over. You will get around three or four years of disruption and then it will fail. It's failing in the US.

"There is only so many members in a marketplace. Some of you over here are thinking I'll just halve my price (and become) a budget club. Some of you are already doing that (and) it will work for a couple of years."

Plummer stressed the need for operators to move away from a membership-driven model to a results-driven one in a bid to cope with increased competition that "is coming".

In his blog, Plummer has since expanded on what he sees as the current problems affecting low-cost membership clubs, which he suggests "will ultimately fail."

Plummer suggests that "the business plan for a low-priced model is based upon the ability to service a lot of people cheaply and quickly. The primary tool used by the low-priced players is the circuit line - single joint, fixed plane equipment - limit the free weights, load up on cardio and throw as much circuit style selectorised (equipment) at the client as you can stuff in the room.

"Circuit training is done, gone, failed, worthless except for 1% of the population too weak to stand up and has been replaced by upright athletic based training.

"If your entire business model is based upon failing technology, in this case thousands of low-priced guys filled with circuit stuff, then what you are doing is not sustainable.

"Would you risk your fortune on opening a pager store? Would you open a bookstore in the era of E-readers? And how many businesses today are based upon technology that is over 40 years old, in this case Nautilus dating back to the late 1960's?

"Circuit training as a technology is dead; the members don't use it much in the clubs, and the only people still advocating this method of equipment or either the equipment companies that haven't seen the light or owners stuck in 1995.

"Think circuit training is sustainable as a business model? Ask the Curves guys how that is working for them these days or any other circuit based business model.

"Get over it people. If you are still setting people up on a circuit and giving them a big card kept in a box on the edge of the floor you have been warned that the end of your business is near. You simple cannot compete with out-of-date technology that does not work and that no one wants."

Plummer, whose first ever UK presentation was sponsored by MyZone, also told the LIW audience that he foresees a move towards smaller facilities and the advent of functional training 'as a tool'.

An industry legend with over 30 years of experience, Thomas Plummer has authored the most sold books on how to run fitness clubs.

Read his blog at http://thomasplummer.net