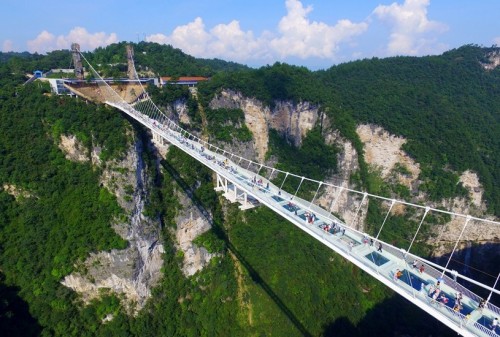 The 'world's highest and longest' glass-bottomed bridge has opened to visitors at Zhangjiajie in China’s Hunan Province.

The attraction, which cost US$3.4 million to build, was completed in December but has been subject to vigorous safety testing since that time.

Located amid Zhangjiajie's pillar-like mountain formations, oftern referred to as the Avatar mountains (the film was shot here), the bridge was designed by Israeli architect Haim Dotan, the bridge has already set world records for its architecture and construction. 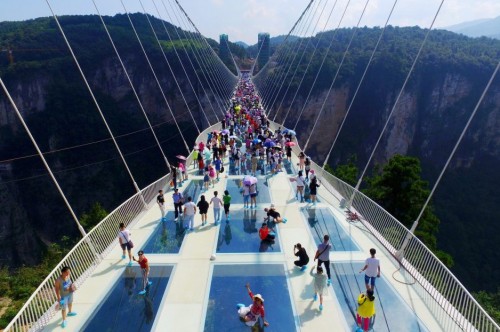 Composed of 99 panes of three-layer transparent glass, a maximum of 8,000 visitors are allowed to cross every day. Reservations must be made a day in advance.

By June 2017, visitors will also be able to hang from the overpass on three massive swings or bungy jump off the side.

Glass bridges and walkways have become an increasingly popular trend in China over recent years for the daring photo opportunities they provide. Events like mass yoga displays and even weddings have been staged on several such bridges.