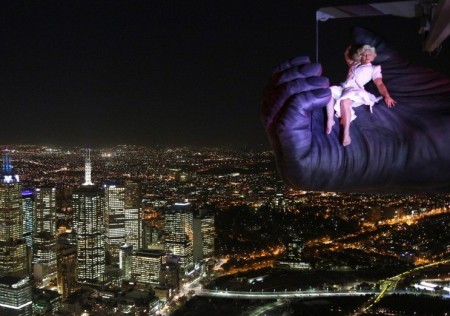 The World Federation of Great Towers has rewarded Melbourne's Eureka Skydeck with its 'Innovative Promotional Award' for its incredible stunt celebrating the world premiere of King Kong Live on Stage earlier this year.

Located on Level 88 of Eureka Tower in Melbourne's Southbank, Eureka Skydeck is the highest public viewing platform in the southern hemisphere and the ideal location to launch the mighty musical King Kong.

The media stunt garnered over $1.5 million in domestic and international media coverage and subsequently increased Eureka Skydeck sales by $430,000 during July and August 2013.

The stunt welcomed the stage musical King Kong to Melbourne by suspending a replica gorilla hand outside the tower clutching onto stunt-women Leigh-Anne Vizer, who was in character as King Kong's muse Ann Darrow.

The $200,000 stunt was the key element of Eureka Skydeck's strategy to leverage the synergy between the venue and the stage show, throughout the duration of the production.

Forman explains "the stunt was well planned but there were many risk factors.

"The weather had to be perfect, the rigging safe and the stunt double brave. If there was one element that didn't meet the strict criteria, the stunt was off." 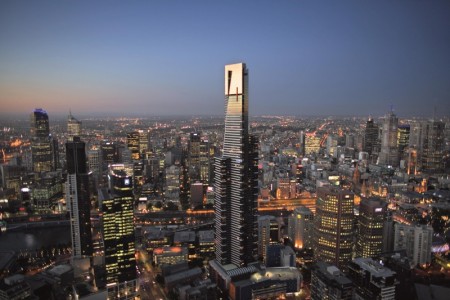 Extending beyond the reach of the initial unveiling, the replica gorilla hand was positioned inside Eureka Skydeck after the stunt, allowing guests to enjoy the 'King Kong Experience' for themselves.

Guests still have the opportunity to have a photo taken in King Kong's hand with the visual effect of being suspended above the Melbourne skyline. With the addition of the hand, Eureka Skydeck has enjoyed its most profitable winter on record, a 20% increase on last year.

The 'Innovative Promotional Award' was recently presented to Forman in Berlin by the World Federation of Great Towers, an international association of great monuments.

A delighted Forman concluded "the real win for us is the positive feedback we have been receiving from the general public.

"Many more people have come up to Eureka Skydeck this winter to enjoy the 'King Kong Experience' after seeing the stunt in the news. We have also seen huge spikes in our social media and digital presence."

The World Federation of Great Towers exists to celebrate the astounding feats of architecture and engineering involved in iconic towers.

Eureka Skydeck competed against 44 famous towers including the Empire State Building and Eiffel Tower for the coveted prize.

The King Kong Experience will remain at Eureka Skydeck until February 2014.