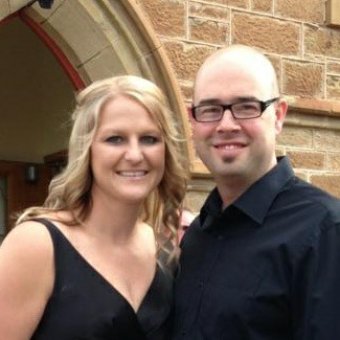 A former Ballarat Council manager allegedly defrauded the city of $130,610 with the help of his partner, and solicited thousands of dollars in secret commissions, court documents have revealed.

Lukas Peter Carey, of the Bendigo suburb of Golden Square, has been charged with 42 deception related offences and soliciting secret commissions during his employment as Ballarat City Council's Manager of Sport and Recreation, a role he held from August 2012 to November 2015.

The 39-year-old appeared in the Ballarat Magistrates Court today (15th December) with his partner, Jasmine Carol Finnigan, who stands accused of 14 charges.

Finnigan is accused of lying about her identity to the City of Ballarat so it would pay invoices to the company.

The charges have been brought by Victoria's anti-corruption watchdog, the Independent Broad-based Anti-Corruption Commission (IBAC).

Carey is also accused of corruptly soliciting up to $29,245 of secret commissions between 2013 and 2015 for awarding contracts to Derryn Mark Ladson, of Ladson Building Services, and well-known Bendigo cycling identity Rik McCaigh.

It is alleged Carey was paid by Ladson for a range of council jobs, including occupational health and safety inspections and assessments of:

Carey is alleged to have solicited secret commissions McCaigh for a number of contracts, including:

• Reviewing the City of Ballarat's cycling strategy;
• Reviewing the city of Ballarat BMX infrastructure and consultation on the Crossing Borders Active Transport review;
• Consulting on a cycling event plan for the Ballarat-Sebastopol Cycling Club; and
• Conducting a criterium document preparation and review.

McCaig, of Bendigo, has been charged with four offences, all in relation to allegedly paying secret commissions to Carey.

Ladson, of Marong, has been charged with paying secret commissions and charging the City of Ballarat for amounts greater than the value of his work.

The parties will return to court in February.

Lukas Carey presented on, and led a site tour of, the Ballarat Soccer Facility at the 2015 Parks and Leisure Australia Victoria/Tasmania Conference.

Image: Jasmine Finnigan and Lukas Carey were each charged with numerous offences by IBAC. (Supplied)