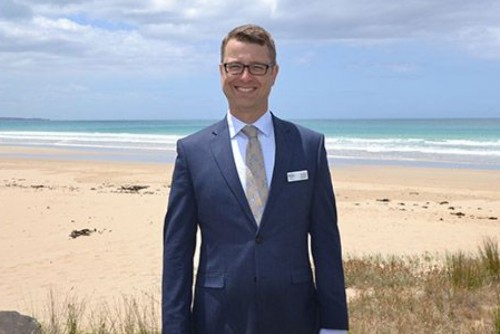 Parks Victoria Chief Executive Bradley Fauteux has been sacked as a result of "inappropriate behaviour" which the Victorian Government's anti-corruption watchdog is reportedly to investigate.

Fauteux's employment was terminated on Wednesday by Park Victoria's board, which cited "unacceptable conduct" in relation to integrity.

A statement from Park Victoria's Chair Andrew Fairley did not detail the behaviour but alleged Fauteux's conduct breached the authority's values and ethics and the Victorian public sector code of conduct.

Fairley stated "this constituted a significant failure by him in fulfilling duties and obligations to Parks Victoria as the CEO."

When asked if Fauteax received a pay-out, the Minister said it was her understanding the board had "fulfilled all legal obligations that they were required to under the circumstances".

The Victorian Government was reportedly made aware of Parks Victoria’s concerns in mid-August with the Independent Anti-Corruption Commission (IBAC) apparently now investigating the allegations.

Minister D'Ambrosio did not disclose details of the behaviour that led to the sacking, telling reporters on Wednesday “fairness means that we should not air publicly what allegations may be there.”

She added that Parks Victoria is conducting an internal investigation.

Fauteux, the former Managing Director of Ontario Parks and a former Board Member at the Canadian Parks Council, took up his role in November last year.

Parks Victoria will now begin a search for a replacement with Parks Victoria's chief legal counsel, Margaret Gillespie, acting in the role of Chief Executive.

Article amended 30th September 2016. This story originally stated that "Fauteux has been sacked as a result of 'inappropriate behaviour' which the Victorian Government's anti-corruption watchdog is to investigate". Victorian Environment Minister Lily D’Ambrosio has stated the board would ask IBAC to investigate, but for legal and operational reasons IBAC cannot confirm whether an investigation is taking place.