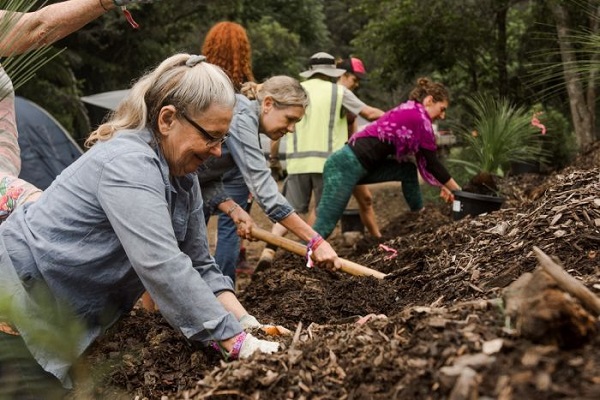 From barren paddock to a flourishing forest, the transformation of the Woodford Folk Festival site to the north of Brisbane has been a labour of love for a group of volunteers who call themselves the Woodford Treehuggers.

In 1994, the growing folk and cultural event moved from its original home in Maleny to newly purchased land at Woodford.

The land was so degraded it was hard to find a shady spot to camp over the hot Christmas-New Year festival period.

Today, the 500-acre former dairy farm now known as Woodfordia is unrecognisable from those early days with its tall, established forest and carefully planned habitat supporting hundreds of wildlife species.

The revegetation of Woodfordia is one of Australia's longest, continuously running community greening projects, and since its first planting weekend in 1997 has evolved into its own fully-fledged mini festival appropriately named The Planting.

Festival Director Bill Hauritz explains “when we shifted from Maleny to Woodford we had a big tribe of people supporting us, so we came up with this idea of asking people to sponsor a tree for $5. And we then had this idea of a tree planting weekend in May.” 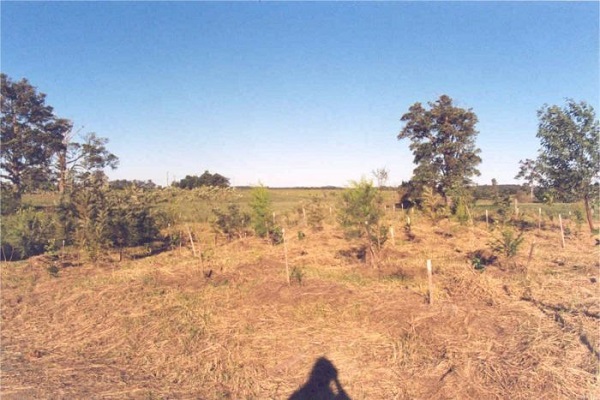 Hauritz told ABC Sunshine Coast that the passion of the festival community saw people being prepared to pay for the privilege of planting the trees over that weekend, commenting “it was just wonderful to see that spirit happening.

"We (the festival organisers) got a lot of confidence from that because we felt at the time (that) we were stronger than what we knew - as a community.

"So, we'd have 300 to 400 people doing tree planting sessions in the morning and afternoon on Saturday and Sunday. Then we'd party at night."

More than 110,000 trees and 600 species have been planted on the festival site since it was purchased in 1994, predominately dry and wet rainforest species.

Hauritz advises "the valley (where the festival is held) would unquestionably have been rainforest (before settlement).

"I've studied the history of the hills around here and while they are eucalypt now, before Europeans came they would have been araucaria forest.

"The Woodford sawmill was the biggest sawmill in Australia, exporting Queensland pine, which was the Bunya and Hoop from araucaria forest.

"Of course, as soon as you take away the rainforest trees and the araucaria trees, the first thing that grows back are the gums."

To reforest the land, a plant nursery was established onsite. 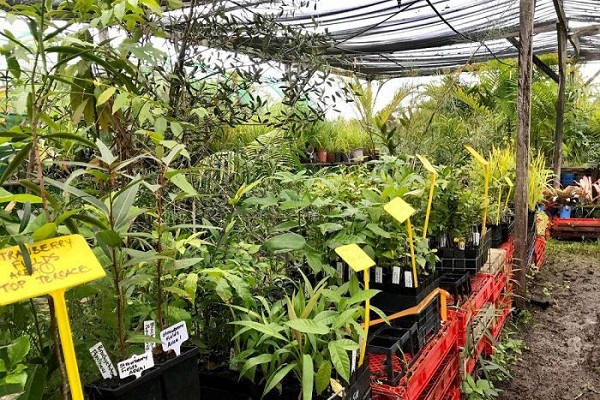 While seeds were initially collected from existing trees, rainforest seeds from other parts of south-east Queensland were added to widen the DNA stock.

Rita McMorrow, one of the original Woodford Treehuggers recalls “back in the day we used to plant 7,000 trees on a long weekend like this.

"Now we're just doing fill-ins, so we only planted 1,000 this weekend.

“Obviously, we can't plant too many because we do have to leave space for tents."

While The Planting festival still has tree-planting activities at its core, the focus has evolved to utilising the forested site for entertainment and educational workshops.

They include beekeeping, or installing nesting boxes and butterfly habitats, as well as citizen science projects which last year led to the discovery of a new species of spider named Lehtinelagia woodfordia.

Hauritz adds “every now and then you sit back and have a look and you remember what the land was like when we started.

"I used to make a joke that we purchased a very tidy dairy farm and we turned it into an untidy park.

"And it's a bit like that. The site is emerging, and it's just going to get more beautiful every year for the next 500 years.

"If we have an environmental policy that doesn't poison the planet, that makes it better every time we have a Woodford Folk Festival, the planet might improve rather than go down. Even if it's just a little bit."

Images: Volunteers at the 2019 Planting Festival (top, courtesy of Rachel Kimberly), the barren Woodfordia site in 1999 (middle, courtesy of Supplied: Rita McMorrow) and the plant nursery at Woodfordia (below, courtesy of The Planting).