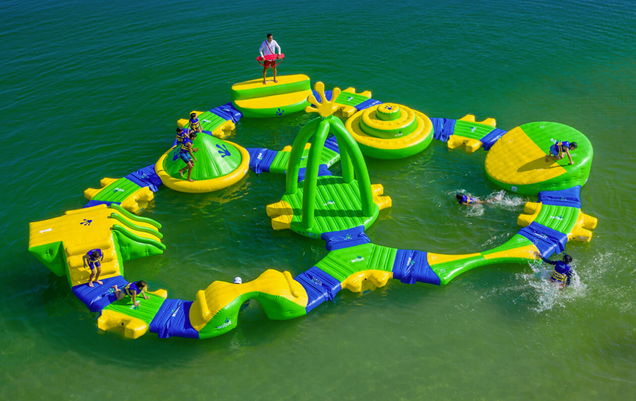 The newest line of Wibit Kids products for open water locations are specially designed for the youngest fun-seekers and can be positioned in shallow water to guarantees fun and excitement for children with heights between 1 metre and 1.5 metres.

Australian Wibit distributor Robert Savell of Hydrocare Pools, who has just returned from a visit to Wibit’s German base, explains “the products include a full range of sports parks and pool products for a completely new category for little kids ...  aimed at four to nine year olds and covering the learn-to-swim and shallow pool markets.”

At the end of last year, the company also installed a Wibit Pool Tracks in the world’s largest building, the Chengdu Global Centre in China.