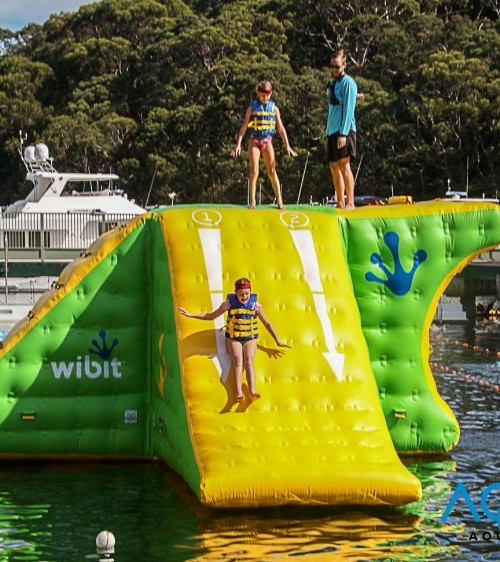 Coinciding with the start of the winter school holidays, the Sydney Olympic Park Aquatic Centre (SOPAC) is offering a revitalised program of aquatic play options.

Having recently had its main waterslide replaced, the former Olympic venue has become the temporary home of Aqua Park inflatable play attraction.

Replacement of the 45-metre tubular water slide, which had been in use for two decades, was undertaken to the job was complete just in time for the Queen’s Birthday long weekend.

The dismantling of the old and assembly of the new, $204,000 waterslide was a precision operation given the short timeframe to complete the whole project.

Commenting on the project, SOPAC Aquatic Centre Programs Manager Josie Casal explained “it was a big job, but we’re happy to see the new slide installed and working in time for one of our biggest weekends.

“The new slide, with its vibrant colour scheme matching the new grandstand seating, is ready for (more) decades worth of happy patrons.” 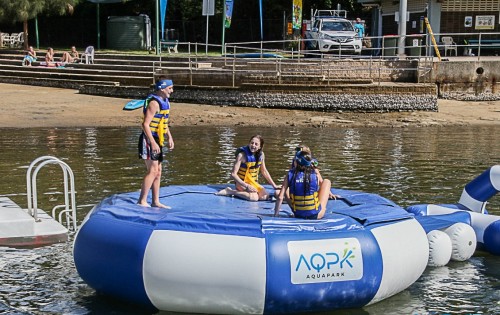 SOPAC is also home to the Urban Jungle Adventure Course, a high ropes course set up in the trees at the back of the facility.

Sydney Olympic Park is also home to a range of child and youth-orientated holiday programs with more than 50 activities to inspire creative minds, entertain and keep youngsters moving.