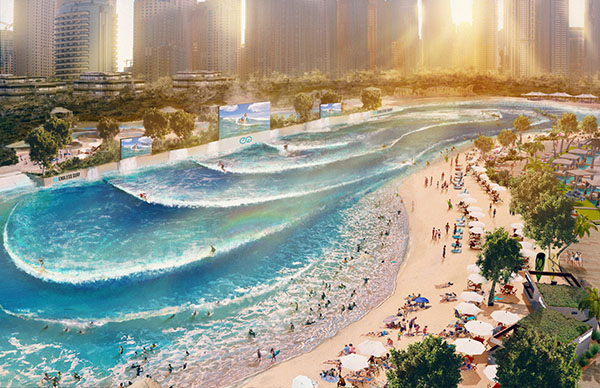 Surf the Wave, one of the Asia Pacific's most established and experienced all-encompassing lifestyle and real estate development companies, with a focus on utilising Surfpools, is creating a large mixed-use community using Endless Surf as an anchor amenity to attract residents. This community fits the master plan to create an appealing place to live for a highly skilled workforce.

Endless Surf brings the next generation of powerful, efficient and customisable waves backed by four decades of WhiteWater’s expertise in aquatic engineering and experience design.

WhiteWater built its first surf pool in 1989 and it still operates today.  Endless Surf takes that heritage and with expert wave designers enhanced the reliable pneumatic technology to create Endless rolling sets, designed for operational ease, flexibility, high capacity, and above all else, safety. Endless Surf provides inland surfing that will draw guests of all ages to surf parks; and WhiteWater brings developers the comfort of a proven track record designing experiences which keep guests onsite and drive ROI.

Surf the Wave Chief Executive, Tony Bulcraig says of the decision to choose Endless Surf "we've done a thorough analysis of the options and have concluded that Endless Surf offers both the best value and surf versatility, with a more natural aesthetic, that fits our development goals best. That it is backed by a company already experienced in large scale developments is important given the institutional investors involved."

This will be the first surf pool in the country and will give over 10million people access to perfect man-made waves delivered by Endless Surf. 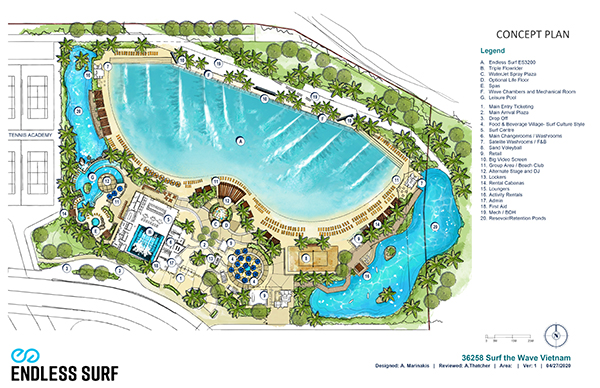 Endless Surf Joint Founder, Paul Chutter adds “this development is a great example of how surf as an anchor attraction in larger mixed-use real estate investments creates a focus on lifestyle and wellness for the entire development. This added benefit comes in addition to the surf lagoon being a healthy business venue in its own right because of the high capacity and flexibility of the programable waves that Endless Surf offers.”

Recent years have seen rapid growth of tourism infrastructure and significant real estate expansion in Vietnam. International investors have recognised the large potential of this culture-rich, tropical destination and look to support the government's bold economic development plan for a brand-new administrative region.

East of Ho Chi Minh City, the new area spanning districts 2,9 and Thu Duc is becoming a new hub for technical industry and innovation, which is well positioned in proximity to the Thu Duc district, a well-established learning and research centre. 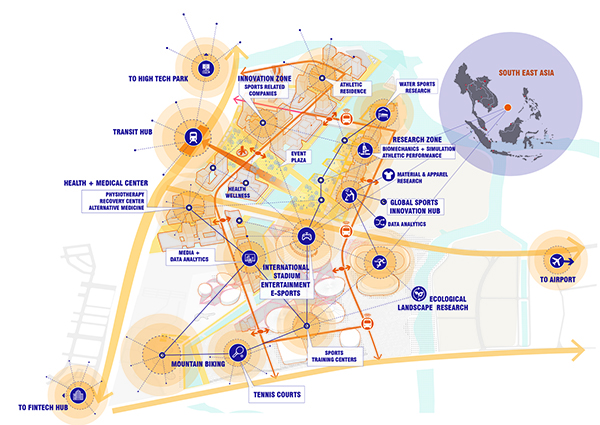 To support the growth of this new administrative region, $12 billion is being invested in infrastructure and commercial developments, including a new financial district. This new city is anticipated to provide a staggering 30% of Ho Chi Minh's economic growth, and 5% of the entire nation’s.

Such high-tech knowledge-based economies only thrive when talented employees are accessible to them. Which is why support for associated transport systems as well as residential and leisure facilities are also winning approval and investment.

As such, Surf the Wave as one of Asia's most significant land developers is creating the large mixed-use community using Endless Surf as an anchor amenity to attract residents.

Residences in this vibrant destination will look out over the expansive beach of the ES3200's huge heart shaped pool and beach area, with the spectacle that comes with a world class surf venue. Endless Surf waves are designed to satisfy the needs of experts and beginners simultaneously in different zones.

Alongside are a couple of smaller lagoons designed for kayaks and SUPs, which when combined with the planned FlowRider Triple sheet wave, means there will be plenty of opportunity to keep board fanatics satiated. Providing a range of water sports, especially the appeal of surf, as a core offering not only improves the aesthetic but helps set an active lifestyle tone for this high-end health-focused community. Endless Surf helps differentiate the development and supports the goal of creating vibrant economic townships; a lifestyle hub for sports, entertainment and retail to satisfy thousands of both residents and guests across this expansive site east of Ho Chi Minh City.