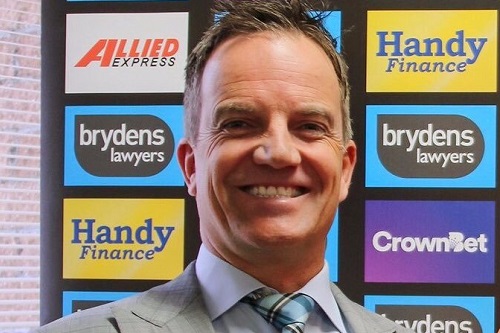 The NRL has announced that it intends to cancel the registration of Wests Tigers Chief Executive Justin Pascoe and Cronulla Sharks Coach Shane Flanagan as a result of two separate investigations by its integrity unit.

The unit found evidence Flanagan was deeply involved in player recruitment, retention and club business during a 12-month suspension in 2014, handed down in relation to the Sharks' performance enhancing drugs scandal.

The club has also been fined $800,000, including the suspended $400,000 from the fine imposed after the supplements scandal in 2013 for which Flanagan was originally suspended.

Separately, Wests Tigers Chief Executive Pascoe has also been stripped of his registration for failing to disclose a deal to pay Robbie Farah more than $600,000 outside the salary cap for an ambassadorial role after he retires from playing.

The Tigers also sought to have almost $500,000 made exempt from their salary cap in 2017, after telling the NRL they had to terminate Farah's contract because he was a destructive influence, while at the same time agreeing to the ambassadorial role after his playing career.

Greenberg said there was no hesitation to come down hard on the Sharks and Tigers, stating "it is clear that the penalties imposed by the NRL are not deterring some clubs from trying to cheat the salary cap or breach the rules to gain an unfair advantage.

"The Commission has therefore asked to review the penalties for salary cap offences. That means looking at increased fines, increased suspensions and stripping clubs of competition points.

"We will do and we will take whatever steps are required to protect the integrity of our competition."

"We have obtained documents which show that the club entered an agreement to pay Robbie Farah to act as an ambassador at the club when he retires from playing," Greenberg said.

"This agreement was signed in 2016, at the same time Robbie left the club to join the Rabbitohs.

"The game's rules are very, very clear on these arrangements.

Greenberg said the club compounded its conduct by submitting a misleading application to the NRL in relation to the salary cap treatment of money paid to Farrah when he left the club.

The Tigers issued a media statement, saying the club was "shocked" and "extremely disappointed" with the decision.

The statement advised "it is an arrangement that Wests Tigers had with Robbie that is unrelated to his career as a player.

"The club does not know if he is going to take it up and Robbie has not indicated his intention in return."

The Tigers said they would be "vigorously defending" their behaviour in the entire process.

"Wests Tigers derive absolutely no advantage from this arrangement. It is not tied in any way to Robbie's playing contract," the statement read.

"Wests Tigers are particularly concerned about the wrongful attack on the integrity of the club's CEO. For the last three years Justin has shown nothing but respect for the NRL and the salary cap."

In relation to action against Flanagan, Greenberg advised that part of the conditions for Flanagan's 2014 "was a requirement that the club not allow Mr Flanagan to be concerned directly or indirectly with the club whilst he was suspended.

"That message was reinforced a number of times to Shane Flanagan and the Cronulla Sharks. They were crystal clear.

"We have uncovered a substantial volume of material that shows Mr Flanagan was closely and constantly in contact with the club."

Greenberg said that although the findings were provisional, Flanagan would "not be eligible to act in any official capacity" with the Sharks.

Sharks Chief Executive Barry Russell said he was "very disappointed" with the outcome but acknowledged the behaviour of past club officials needed to punished.

Russell told the ABC "as CEO of the club, we have to accept responsibility that we broke the rules and if you break the rules, there are consequences.

"We are paying for those right now.

Russell said the Sharks would appeal against the fine but it would be up to Flanagan to decide if he wanted to challenge his deregistration.

Both Pascoe and Flanagan have until the end of January to respond to the sanctions.