Weight Watchers ends use of ‘weight’ in branding

Weight Watchers has unveiled a lightened version of its name, rebranding itself WW, in what it says will be "the next stage of the company's evolution".

The global weight loss company says the new name reflects its development from focusing on weight loss to overall health and wellness, although Chief Executive Mindy Grossman is says the letters WW do not refer to a specific acronym.

Grossman said they did not stand for Weight Watchers or ‘Wellness that Works’, a phrase the company has trade marked, but were simply "a marque", commenting “that marque represents our heritage and history and what we are going forward.”

Grossman (pictured below), who took on the top role at the company just over a year ago, said the firm had been shifting from a focus on just weight loss to its broader remit looking at "wellness" over the past two years.

She added “this is just a next step, a point of validation. Like any brand we have to stay relevant.”

US media personality Oprah Winfrey - who bought a stake in the company in 2015 and works as an ambassador for Weight Watchers - said she had always thought that the company's role in people's lives "goes far beyond a number on the scale".

Winfrey's involvement has seen the firm's share price surge from under US$5 each to about US$70 currently. Its latest results show sales rose nearly 18% in the three months to the end of June, with subscribers up by one million from a year earlier to 4.5 million.

During its 55-year history, the firm has focused mainly on weight loss. US business entrepreneur Jean Nidetch, who founded the firm, described herself as a "formerly fat housewife". 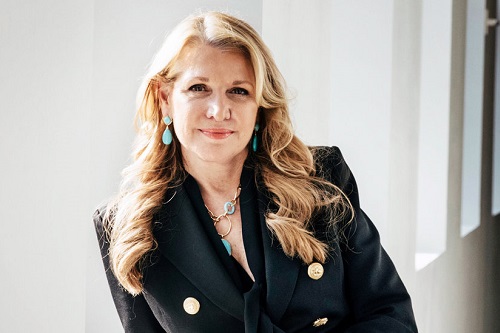 The new branding comes amid a backlash against the word ‘weight’.

Earlier this year, Weight Watchers' decision to offer free membership for the summer to teenagers, sparked an outcry from eating disorder groups, with a hashtag #wakeupweightwatchers quickly gaining ground.

Meanwhile, social media campaigns such as the #iweigh hashtag have become popular while

Sport England's This Girl Can campaign - recently introduced in Australia - encourage more women to take up exercise and featured women of all shapes and sizes taking part in a variety of sports.

Weight Watchers' rebranding includes updating its so called Fit points system to encourage subscribers to choose activities which have the biggest impact on health, and a new focus on ‘healthy habits’ in its app for those ‘who want to build healthy habits without focusing on weight loss’.

The rebrand is aimed at broadening its appeal to attract more potential users, but also to encourage subscribers to stay with them long-term.

Commenting on the challenge, Grossman added “the paradox is that everyone is talking about wellness and nobody wants to use (the words) diet or weight, but we're not getting healthier.”

For more information go to www.weightwatchers.com/au/