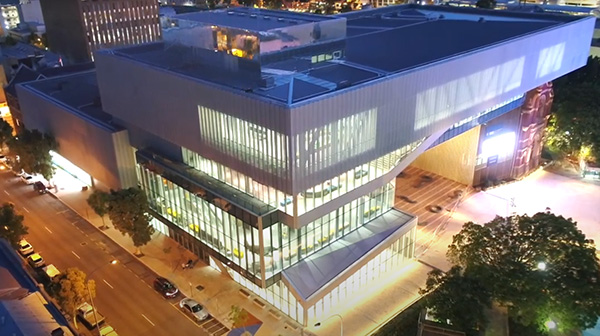 The MAGNAs are open to all Australian cultural collecting institutions and recognise excellence and innovation in the sector. WA Museum Boola Bardip won three awards:

The award for gallery fitout was presented for all eight new permanent galleries in the WA Museum Boola Bardip. The galleries focus on the Museum's major themes of being Western Australian, Discovering Western Australia and Western Australia's relationship with the world. Each gallery has its own personality and specific mix of objects, interactives, multimedia, and programming spaces.

The Museum won the Audience Engagement award for its six-year, State-wide engagement program which saw more than 54,000 people from across Western Australia provide their thoughts and ideas about the stories and programs they wanted to see in their new museum.

The award-winning research project entitled 'Sharing Stories' was a collaborative effort by the Museum, CARAD (Centre for Asylum Seekers, Refugees and Detainees), eight Western Australians with refugee experience and two independent content creators. Eight short films were produced that explore what it means to be a refugee in WA, and part of the Museum's Connections gallery is dedicated to exploring migrant issues.

Since it opened in November last year, more than 480,000 visitors have visited the WA Museum Boola Bardip. Boola Bardip means 'many stories' in Nyoongar language, acknowledging that the Museum sits on Whadjuk Nyoongar land, and celebrating the shared cultural heritage of the 2.65 million people who call WA home.

"Designed with a "People First" approach, it is a museum of and for the people of Western Australia, and is a centre of cultural excellence that positions Perth and this great State as a premier cultural tourism destination.

"I congratulate everyone who had a hand in delivering such an exciting, engaging, inspiring Museum that so superbly shares the stories of Western Australia and its people."