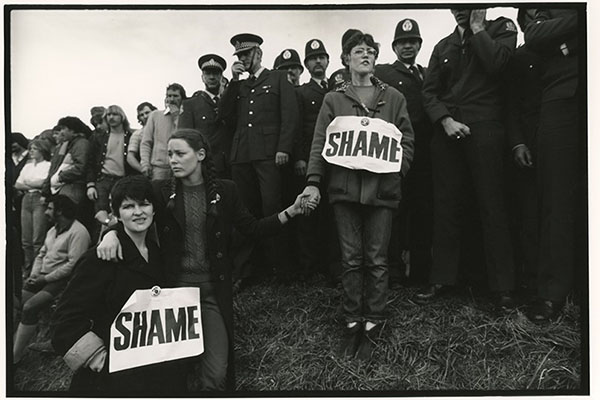 Waikato Museum is set to open a new exhibition on 5th June revisiting the anti-Springbok Tour movement through the work of local photographers.

The '1981 exhibition' is about one of the most divisive events in New Zealand’s recent history. On 25th July 1981, hundreds of New Zealanders, who believed playing sport with South Africa condoned its racist apartheid system, stormed the field at Hamilton’s Rugby Park.

The pitch invasion disrupted the rugby match between the Waikato team and the touring South African Springboks, resulting in one of urban Hamilton’s most violent days. The game was officially called off at 3:10pm, leaving tour supporters enraged. This milestone moment was captured live on TV and the images rapidly spread around the world, including South Africa, where fans had got up early in the morning to watch the match.

The 1981 South African rugby tour polarised opinions and inspired widespread protests, not only in Hamilton but across the country. New Zealand was split into pro and anti-tour factions, which clashed at scheduled rugby matches. The remaining tour games were played against a backdrop of escalating battles between demonstrators and riot police.

South Africa’s apartheid system began collapsing in 1990. The All Blacks resumed touring in South Africa in 1992.

Waikato Museum Director Cherie Meecham said the exhibition serves as an important reminder of the anti-apartheid demonstrators’ aspiration for freedom, equality and justice.

Meecham notes “forty years ago, Springbok Tour protesters made history by managing to stop a rugby match in Hamilton.

“This thought-provoking exhibition offers a glimpse into the protests that many believe buoyed the anti-apartheid movement in South Africa.”.

Waikato Museum curator Nadia Gush said the exhibition tells the story of a turbulent year for Aotearoa culminating in events that divided families and friends.

Gush adds “the Kirikiriroa protests were the outcome of months of planning, counter-planning and public discontent.

“The 1981 exhibition features photographs taken by Geoffrey Short, Kees Sprengers and John Mercer that document a period of unrest, with New Zealanders of all ages expressing their solidarity with marginalised black South Africans.”

The exhibition runs every day between 10am and 5pm, until 26th September.