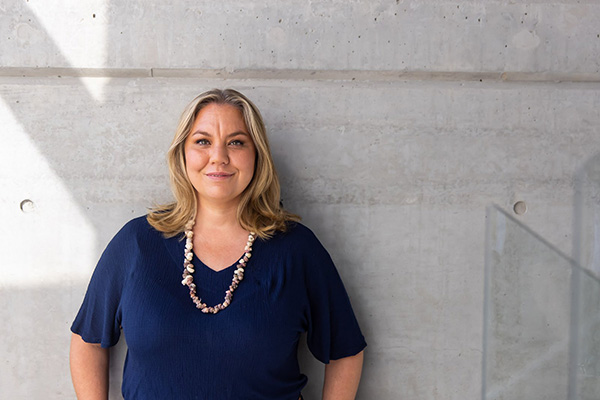 The Australian Museum has announced today - on International Women’s Day 2021 - the appointment of Laura McBride as Director, First Nations, a new role for the Museum on its executive leadership team. The role encompasses First Nations’ collections, as well as leading First Nations (Australian Indigenous and Pacific) activity across all Australian Museum (AM) divisions including exhibitions, programming and science.

McBride is a Wailwan and Kooma woman who has grown up in culture under the guidance of Elders in north western NSW and Sydney. Prior to stepping into the Director, First Nations role, McBride was the First Nations Curator in the AM’s Exhibitions, Engagement and Cultural Connection division and previously also held the Creative Producer and Aboriginal Educator roles at the AM.

McKay said that McBride has been at the forefront of the Museum’s mission to drive change and its vision to be a strong advocate for First Nations’ cultures.

McKay notes “Laura McBride is the first Indigenous appointment to the Museum’s executive leadership team. After a career of 11 years at the AM in a variety of roles, Laura has demonstrated her skill and commitment. A highly qualified museum professional, Laura knows this Museum inside and out and her deep knowledge of the Museum is a great asset in developing the path forward.”

Distinguished Professor Larissa Behrendt, a Eualayai/Gamillaroi woman and AM Trustee who was involved in the competitive recruitment process spoke to McBride’s passion for her work and the importance of this new position.

“Laura McBride’s appointment is significant for the Australian Museum and for First Nations people. This senior role will enable Laura to significantly progress the work she has been leading in redefining the relationship between First Nations people and collecting institutions. Laura brings energy, ambition and cultural grounding to the new role. It’s an exciting moment.”

McBride said she was looking forward to continuing her culturally informed advocacy for First Nations communities in the AM, particularly in regard to the AM respecting Indigenous self-determination processes.

McBride added “I am honoured to step into the role of Director of First Nations at the Australian Museum. This new position on the AM’s senior leadership team demonstrates that the Museum is committed to supporting First Nations voices and I am looking forward to helping lead best-practices for First Nations engagement and community involvement.

“My vision for the AM centres on prioritising and amplifying First Nations voices so that Aboriginal, Torres Strait Islander, and Pacific communities represent themselves and their cultures within the Museum. I see myself as a facilitator of voices and I want First Nations communities to know we’re working for them.”

During her tenure at the AM, McBride has played a pivotal role in assisting the AM’s executive leadership team in planning and actioning the objective for the AM to move beyond its colonial past towards a more connected future with First Nations stakeholders and knowledge-holders.

McBride has built a team of committed First Nations people at the AM and has championed First Nations storytelling through developing the Garrigarrang: Sea Country gallery, the award-winning GADI exhibition, and most recently through the curation of the Unsettled exhibition, opening at the Museum in early May.

In this new role, McBride will continue to lead the First Nations strategic direction and operations, assist the AM in engaging effectively and respectfully with First Nations communities, as well as managing the Aboriginal and Pacific collections.