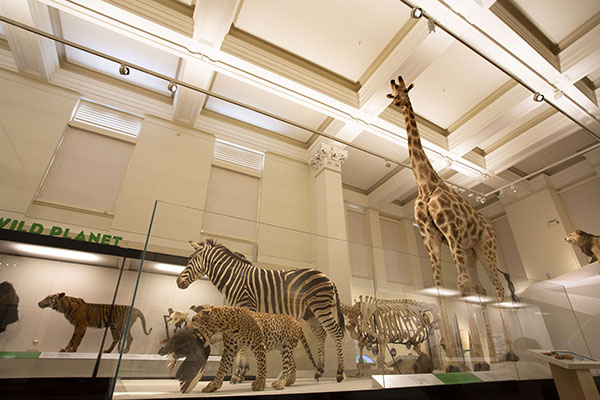 Following its closure for the past 15 months and a $57.5 million transformation, The Australian Museum was officially reopened today by the NSW Premier, Gladys Berejiklian and Minister for the Arts Don Harwin, in a ceremony held in the Museum’s new Hintze Hall, named for its donor.

Known as Project Discover, the transformation was made possible by the NSW Government contributing $50.5 million and generous philanthropic support from Australian Museum private donors contributing more than $7 million – with Sir Michael Hintze donating $5 million and the Museum's Crystal Hall named in acknowledgment of a $1 million donation the Sherman family has made to help fund the Australian Museum's most recent renovations.

The Museum will open its doors to the public from this Saturday 28th November, with free general admission for visitors to enjoy the newly revamped public spaces.

The Australian Museum dropped its $15 adult and $8 concession entry fees (the entry charges for children were dropped in 2015) with Australian Museum Director and Chief Executive, Kim McKay noting "Making general admission free to the public – both adults and children – is the perfect way to celebrate our reopening following Project Discover, and paves the way to significantly increase local attendance.” 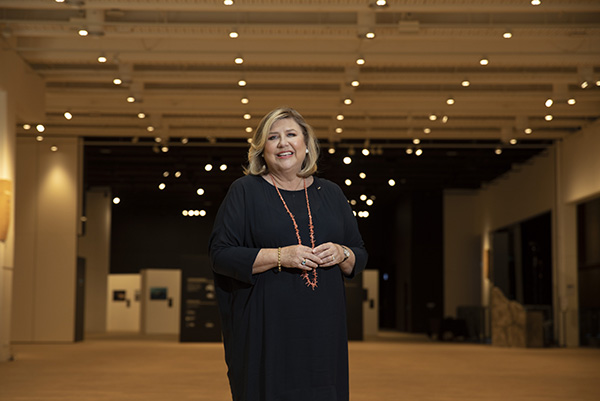 McKay (pictured above) added "We hope that free entry will attract a lot of new visitors even during COVID restrictions, especially given there’s a ‘pent up’ desire by the public to return to museums.

"We anticipate making up the revenue by an increase in visitors and the extra money we expect visitors to spend at our new family café, the new shop and at various events and programs we will hold in the new spaces."

Australian Museum will still charge ticket prices for special exhibitions such as the reopening Tyrannosaurs – Meet The Family exhibition in the new touring exhibition hall. Prices start at $10 for children, with family packages available. The popular Australian Geographic Nature Photographer of the Year exhibition will also return to the museum in the Grand Hall exhibition space in time for reopening.

The major renovation of Australia’s first museum has redeveloped its public and exhibition spaces, unlocking more than 3,000metres2 of new public space, repurposed from back-of-house areas. The expansion allows the Australian Museum to host one major international travelling exhibition or two smaller exhibitions at the same time. Other public spaces have also been reimagined, including the creation of a new Museum Shop, a second café, a new Members Lounge, new education rooms, cloaking and new amenities.

The design of Project Discover was led by COX Architecture and Neeson Murcutt + Neille, the firm behind the award-winning Brian Sherman Crystal Hall. Kane Constructions, who collaborated with Neeson Murcutt + Neille to build Brian Sherman Crystal Hall, also managed the build of Project Discover. A construction waste strategy was implemented, where materials such as timber were recycled in the new exhibition spaces, helping achieve a more than 90% diversion from landfill for all demolition waste.

McKay, who led the vision for Project Discover, said the Australian Museum plays an important role in the community and notes “Museums are much more than collections on display – they are centres of discovery, learning and storytelling and places of social interaction.

“The Australian Museum has entered a new age – both physically and in its focus. Our new key focus areas of climate change, First Nations knowledge and scientific leadership through the Australian Museum Research Institute reflect the role of the Museum in today’s world.

“This is an important step towards the Australian Museum’s future, and we look forward to continuing to expand and evolve the Museum. Over the next three years, the Australian Museum will continue to open new galleries, including a new interactive education space and new Mineral, Pacific and Egyptian Galleries.

“I’m very proud of the team who have made this transformation possible. The Museum will truly come to life again this weekend when the public return and the sound of children being surprised and delighted fills these halls.” 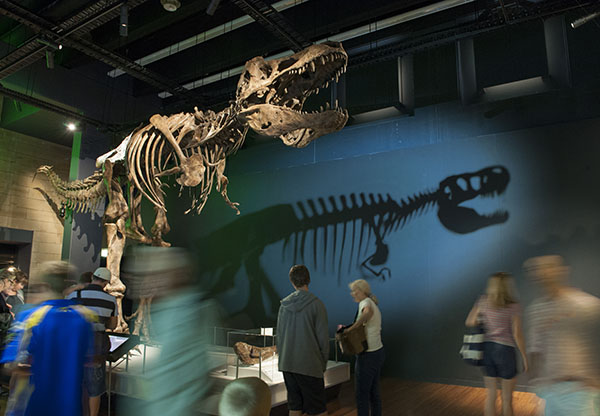 NSW Premier Gladys Berejiklian said the reopening of the Museum would be welcomed by the people of NSW with the renovation placing the Australian Museum among the region’s finest natural history and cultural institutions.

Premier Berejiklian noted “The Australian Museum is the country’s first museum so it is only fitting this world class institution has an upgraded home in the heart of Sydney.

“The expanded exhibition areas will house the world’s biggest and best travelling exhibitions and I’m excited for the opportunities it brings for the people of NSW and visitors from around the globe.”

Minister Harwin added “our cultural institutions come alive only when we inhabit them.

“The renewed and expanded Australian Museum is a place for everyone to enjoy - all the time. A civic space where people can meet and spend time together, discover and explore.

“With its rich history, the Australian Museum has witnessed significant changes in our society and continues to play an important role in our cultural landscape.

“The Museum’s transformation has put it firmly on the world stage, yet it remains a truly Australian museum and an iconic part of Sydney’s own backyard.”

The Australian Museum is committed to keeping visitors and staff safe and has achieved the NSW Government’s ‘COVID Safe’ industry standard by demonstrating adherence to the respective Government and public health guidelines and the implementation of new safety measures. To learn more about the transformed Australian Museum, visit Australian.Museum.  https://australian.museum/