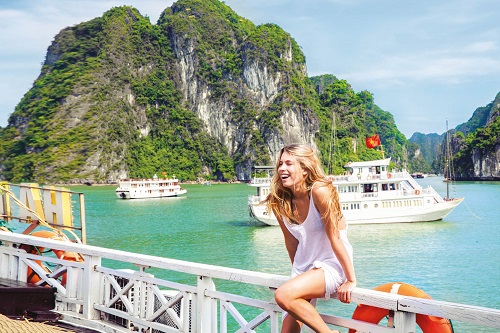 The Vietnamese Government has announced a 10-year strategic plan to invest around $45 billion in its tourism infrastructure.

The long-term goal is to increase the number of inbound tourist visits to the country from the current 5.5 million to 10.5 million by 2020.

In the past year, a number of leading hotel operators have announced plans to open properties in the country, including Accor, Marriott and Anantara while, in May, Bangkok-based operator Centara Hotels and Resorts opened its first premium resort in the country - Chen Sea Resort and Spa in Phu Quoc.

While other south-east Asian (ASEAN) countries have a flourishing tourism industry, Vietnam is lacking in basic infrastructure and facilities vital in supporting tourism growth.

The traffic network in Vietnam too requires much improvement. While neighboring Thailand has developed a remarkable system of highways and subways, Vietnam still has to complete its road network linking its many provinces with each other.

Much of the existing road infrastructure, such as the road link from HCMC to Mui Ne Beach in the South Central province of Binh Thuan, have not been upgraded for years and the traffic congestion is worsening day by day. This is most inconvenient for foreign visitors who place road safety on high priority.

The cheaper airfares offered by Air Asia, for example, have played an important role in boosting tourism in Malaysia bringing in 23 million foreign visitors to Malaysia last year.

Fares on inland flights in Vietnam are not only comparatively more expensive but surged by 25% in May this year. A return ticket from HCMC to Hanoi is approximately VND5 million (US$220). This pushes tour costs up by 20-30%.

The high costs of tours in Vietnam are unattractive to foreign as well as domestic visitors.

This has led to visitors choosing cheaper overseas tours to Thailand or Cambodia rather than an inland tour.

The success of the tourism industry in other ASEAN countries is also due to the great support offered by their governments as well as related businesses, especially airlines.

At the present pace of growth and development of infrastructure, it will take HCMC about 15-20 years to match the modern infrastructure like that in Thailand.