VenuesWest and the Boab Network working together for Indigenous children 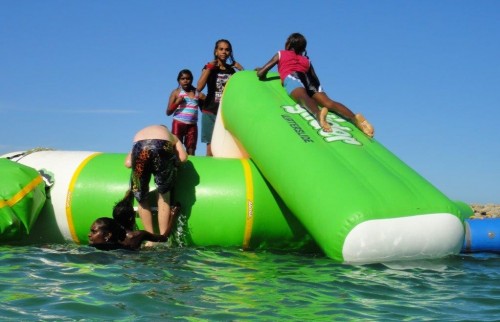 As part of its commitment to giving back to the community, VenuesWest and the Boab Network have been working together to bring 16 children from an Indigenous community in Mowanjum, Western Australia to participate in a variety of fun activities.

After consulting with the local community, the Boab Network decided to run school holiday programs for the young indigenous community and approached VenuesWest to see what assistance could be provided.

VenuesWest acting Chief Executive Peter Bauchop said VenuesWest jumped at the opportunity, stating “giving back to the community is very important to our organisation and this initiative goes hand in hand with our core business behaviours of delivering exceptional customer experiences and making every effort to use our resources efficiently.”

“We are very proud to be associated with an organisation that is focused on giving back to the community by helping local community groups.”

In July 2015 VenuesWest established the VenuesWest Community Partners Program, which sees VenuesWest joining with a small and specific group of charity organisations offering tailored opportunities and benefits to assist them in achieving their core objectives.

Mr Bauchop added “VenuesWest is an intrinsic part of the West Australian community providing sporting and entertainment experiences to over 3.5 million community patrons every year.”

VenuesWest is Western Australia’s provider of premier sports and entertainment venues and its portfolio includes the world class Perth Arena and the redeveloped nib Stadium as well as Perth Stadium to be completed in 2018.

Image: Youngsters make the most of an inflatable during a Boab Network excursion to Perth.