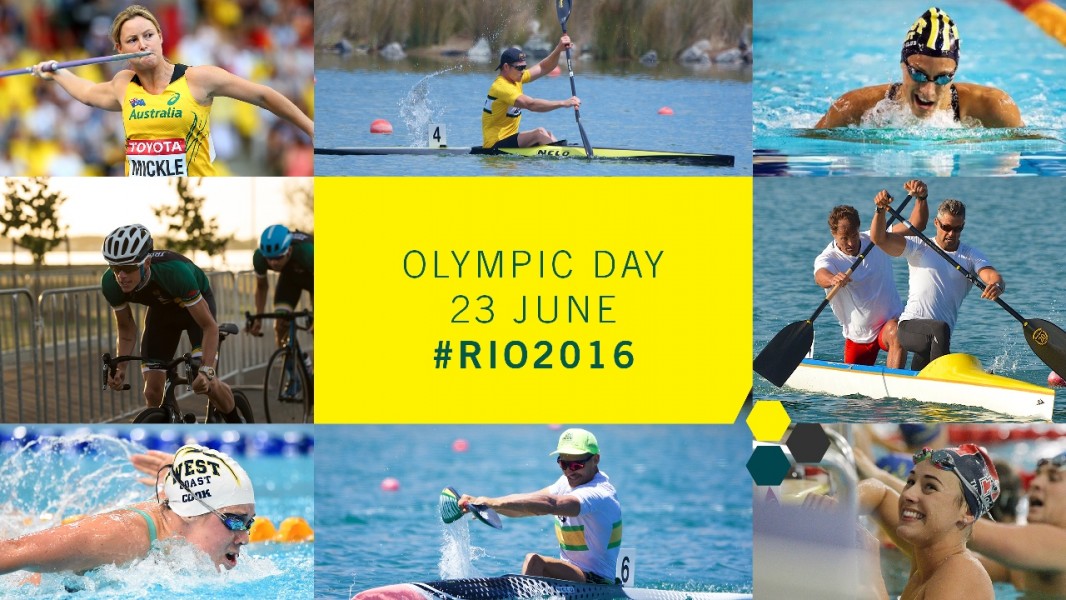 In addition to school students celebrating Olympic Day, a qualified weight lifting coach has been teaching gym goers correct technique, while bars set up with Olympic record weights will be on display.

Swimmers have also been able to test themselves against current world record 50 metre freestyle times in the indoor pool with full timing equipment.

VenuesWest Chief Executive David Etherton expressed his excitement to know that VenuesWest has played an integral role in supporting WA’s athletes following their dreams all the way to Rio.

He explained “VenuesWest is proud that so many of WA’s elite athletes call one of our venues home. We take great satisfaction in providing training and competition venues of the highest standard across so many different sports including swimming at HBF Stadium and HBF Arena, cycling at SpeedDome, canoeing, kayaking and rowing at Champion Lakes Regatta Centre and track and field at WA Athletics Stadium to name just a few.

“The newest of these venues is the WAIS High Performance Service Centre; a venue that is unrivalled in Australia. We are delighted to have the country’s most technologically advanced high performance training centre in our venue portfolio helping athletes on their journey to Rio.”

As well as directly supporting elite athletes by providing high quality venues and subsidising costs of training, VenuesWest is proud of the part it plays in supporting pathways to elite sport and inspiration for all Western Australians.

To date, VenuesWest has been sharing moment by moment news with patrons at HBF Stadium and HBF Arena by displaying a countdown clock for the Olympic and Paralympic Games as well as athlete profiles, reminding patrons of the support needed to help many of these athletes achieve their dreams.

Memorabilia from previous Games will also appear over the next few weeks at both HBF Stadium and HBF Arena.

Over the coming months VenuesWest will be closely following the athlete’s journeys through social media channels, namely #Perth Sports Life on Instagram and Facebook and websites by documenting their progress and displaying athlete profiles.

Etherton added “we want to engage with all sport levels from kids swimming and athletics carnivals and community sports through to elite athletes across all codes and sports.”

VenuesWest is Western Australia’s provider of premier sports, recreation and entertainment venues and its portfolio includes the world class Perth Arena and the redeveloped nib Stadium as well as Perth Stadium to be completed in 2018.