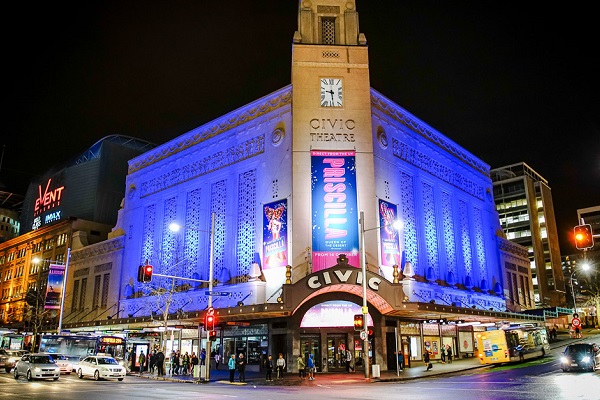 Last year over 70 such landmarks decided to light it up red worldwide, including Moscow’s Ostankino Tower, Niagara Falls in Canada, and Trafalgar Square in London.

The Haemophilia Foundation of NZ (HFNZ) are holding their National Family Camp in Rotorua during the week that includes World Haemophilia Day, presenting the opportunity for HFNZ members, particularly children, to see that they are supported and visible.

HFNZ President Deon York will be appearing on RNZ’s Nine To Noon show on 17th April to talk about World Haemophilia Day, bleeding disorders in New Zealand, new treatments, and the role of HFNZ.

For HFNZ, World Haemophilia Day is also an opportunity to recognise all the support and care people with bleeding disorders get from those around them.

Sufferers of inherited bleeding disorders like Haemophilia, access a significant amount of their care, support, and advocacy through extended families, which come in many forms, as well as medical teams, friends, and colleagues. These communities share the ability to come together and help improve people’s lives.

HFNZ Chief Executive, Sue Ellis advises that “a lack of public awareness of bleeding disorders means that families and friends must often take on a great deal of responsibility for their friends and loved ones, and this very often goes unnoticed. World Haemophilia Day is for people with a bleeding disorder to raise awareness of their condition, and to simultaneously give a very special thank you to their biggest supporters."

HFNZ President, Deon York added "World Haemophilia Day is an opportunity to celebrate the inspirational individuals, committed healthcare professionals, and families living with the impacts of a bleeding disorder."

Over 450 people in New Zealand have haemophilia, a genetic condition that can cause bleeding into joints and muscles, and results in very painful symptoms that, over time, can damage joints. Many more people have other inherited bleeding disorders, like von Willebrands disease. HFNZ provides support to over 1000 people with bleeding disorders and their whānau across New Zealand.