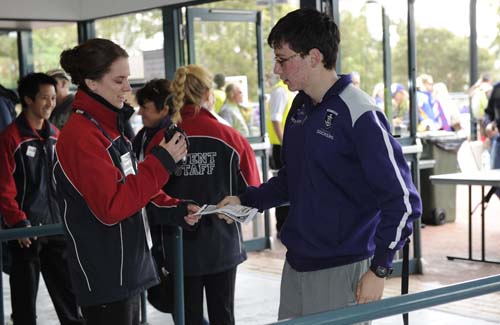 In the wake of terrorist incidents in Europe, the start of the 2016 AFL season has seen increased security at venues including the MCG and Perth’s Domain Stadium.

According to the ABC, the Police presence at public sporting events and in the Melbourne CBD has been doubled over the Easter weekend while in Perth fans faced unprecedented security at Domain Stadium, with extensive video surveillance and metal detector.

The ABC reported that Victorian Premier Daniel Andrews was briefed on the security situation by Victoria Police Chief Commissioner Graham Ashton before the weekend, being advised that "important, longstanding protocols" had been put in place that would mean Victorians saw a significantly increased police presence.

In Perth, extra CCTV cameras are being installed at the Subiaco venue over the next fortnight to capture every supporter entering the stadium or walking around the outside of the ground.

Fans entering the 43,000-seat stadium will also face spot checks with hand-held metal detectors at gates with an extra 25 security staff will be employed on game days for the job. 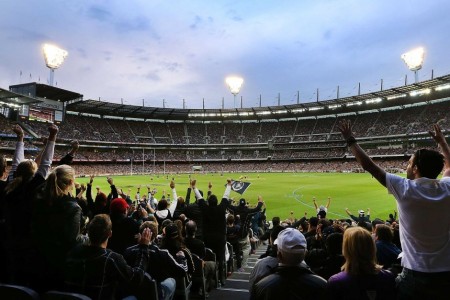 There are no plans for a metal cyclone fence around Domain Stadium similar to the one trialled unsuccessfully at the MCG for cricket matches.

The increased security will be in place from today’s round one AFL clash game between West Coast and Brisbane.

Harris urged fans to “allow a bit more time to get into the ground”, adding “there will be express entry points for people who don’t have bags and we will aim to make the process as smooth as possible.”

The WA Football Commission will pay for the new CCTV cameras, with West Coast and Fremantle to share the rest of the undisclosed costs.

Images: Entry management at Domain Stadium, Perth (top) and fans at the MCG (below).