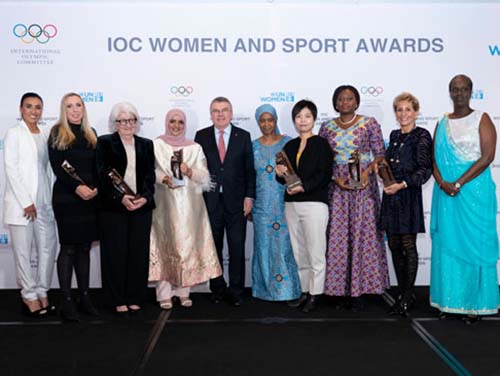 A Vanuatu-based beach volleyball program, Volley4Change, supported by the Australian Government through the Pacific Sports Partnerships has won the International Olympic Committee (IOC) Women and Sports Award for Oceania - a global award in recognition of its contribution to transforming the lives of women.

The Volley4Change program is delivered in partnership with Volleyball Australia.

VVF president Debbie Masauvakalo travelled from Vanuatu to New York to be presented with the award at a ceremony co-hosted by UN Women.

Volley4Change, which was established in 2013, focuses on supporting grassroots beach volleyball in Vanuatu while contributing to community development. The program’s vision is that women, girls and people with disabilities will benefit from improved health and wellbeing through nutrition, education, increased physical activity, leadership opportunities, and inclusion in sports.

The IOC Women and Sports Awards are presented annually to individuals or organisations who have made remarkable contributions to the development, encouragement and reinforcement of women and girls’ participation in sport. 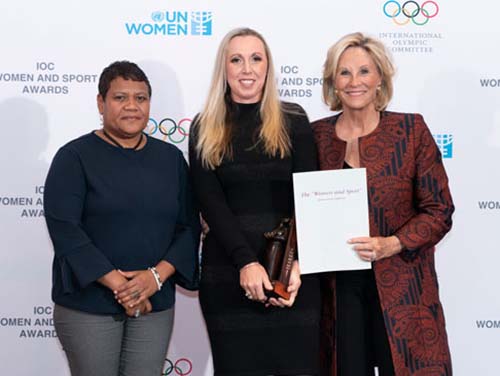 This is the second international award handed to volleyball sport for development programs supported by the Australian Government in recent years.

In 2017, the Colorful Girls Volleyball Circles program in Myanmar (delivered by Myanmar-based NGO Girl Determined and Netherlands-based NGO Women Win, through a partnership with Volleyball Australia) won the Beyond Sport: Sport for Equality Award. The award recognised the program’s work in creating opportunities for more than 1000 women and girls, many from conflict-affected communities, to participate in volleyball activities that incorporated lessons in leadership and self-advocacy.