Unprecedented security measures to be undertaken at 2017 Royal Adelaide Show

The organisers of the Royal Adelaide Show have advised of a range of new security measures that are to be enforced at the 2017 Show in a bid to protect the event’s 500,000 showgoers.

Mindful of the current international security climate at events and venues, much tighter security will be in place at this year’s Show.

Show General Manager Michelle Hocking advised that bolstered security was being put in place as a precautionary measure, saying "we don't expect there to be any issues".

It will include bag checks and staff scanning patrons with security wands before they enter Show, which runs drom 1st to 10th September.

Hocking told the ABC "you will be slowed down at the gates a little bit compared to what you normally are, especially if you pre-purchase your tickets.

"Normally you just scoot straight through, you have your ticket scanned and off you go.

"But this year you will be asked to stop, we will have a look in your bag just to ensure that there is nothing there that is untoward ... that's not walking through scanners as such, it is actually what you see at other major venues now.

"It's at airports, it's at ovals ... unfortunately I think it is a sign of the times with world events."

Hocking added that the Show always had a security and Police presence with the biggest issue being reuniting lost children with their carers. 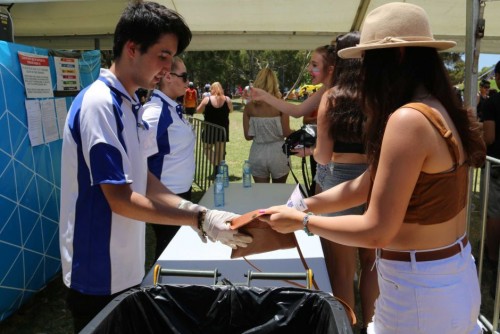 Adelaide terrorism and security expert Dr John Bruni supported the introduction of extra security precautions at the Show, describing them as “necessary”.

Speaking to Adelaide newspaper The Advertiser, Dr Bruni advised "while it might not be to the public’s liking ... in the end it’s going to be necessary

“Anything that is a huge public gathering is a potential target these days."

The spokesperson advised “SAPOL has allocated adequate resources to ensure community safety at the event.

“Security arrangements will be in keeping with ensuring public safety in all the circumstances.”

Both Adelaide Oval and the Adelaide Entertainment Centre have enhanced their security in response to the Manchester Arena terror attack in May.

The Adelaide Oval Stadium Management Authority encouraged people to arrive at the venue 20 minutes earlier than usual from then onwards to enable security staff to search every bag and more closely screen bags and individuals with detector wands.

The Entertainment Centre banned backpacks and bags larger than an A4 size piece of paper.