Amusement operator to pay $80,000 after pleading guilty to health and safety charge 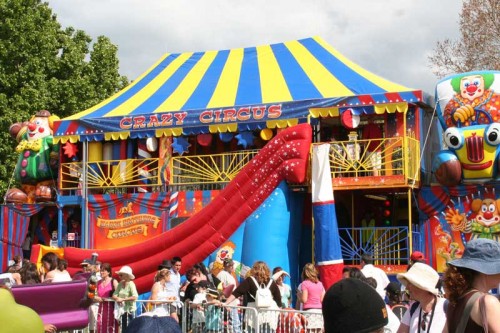 Leading New Zealand rides operator Mahons Amusements must pay out almost $80,000 following an incident that caused multiple fractures in the leg of a two-year-old boy.

The boy and his mother pair were on the Mahons Amusements' Crazy Circus ride at the Alexandra Park Fun Fest in January 2015 when the boy became entangled while negotiating his way between a motorised spinner - a padded bag that gently squeezes children as they run through - and a rail.

The boy, who was holding his mother's hand when his shoe became caught in a 10 centimetre bolt at the base of the spinner, was pulled backwards and the spinner rotated five times before staff were able to pull the emergency stop switch.

Hi leg was broken in three places, and he is still suffering ongoing effects, needing an orthopaedic insert in his shoe to even the length of his legs.

He also suffered a 10cm wound to his ankle and struck his head several times, although the latter was not thought to have inflicted lasting damage.

Investigations revealed workers had previously modified the 19-year-old ride, placing the 10cm bolt at its base.

Engineers tasked with regular checks of the ride were not told about the bolt and later said to WorkSafe they would not have certified the ride had they known.

Family-owned Mahons Amusements owner John Mahon apparently also knew about the bolt, but didn't think it was a problem.

As a result, Mahons Amusements pleaded guilty just before a planned trial in June to a WorkSafe health and safety charge of failing to ensure neither action nor inaction of an employee caused harm.

In the Auckland District Court today, Judge Rob Ronayne ordered the company to pay emotional harm reparation of $30,000 to the boy, $5000 to his mother and $1500 to his father, who was not present when the boy was injured.

Barrister Ian Brookie, for WorkSafe, said there was "simply no excuse" for the engineers to not have been told about the bolt, but agreed there should be a small discount for the company's guilty plea.

Defence counsel Neil Beadle said the company had no previous prosecutions or convictions, and an apology made during restorative justice had been accepted.

The charge admitted by Mahons Amusements had a maximum penalty of a $250,000 fine.