University of Queensland campus upgrade to include Schonell Theatre redevelopment 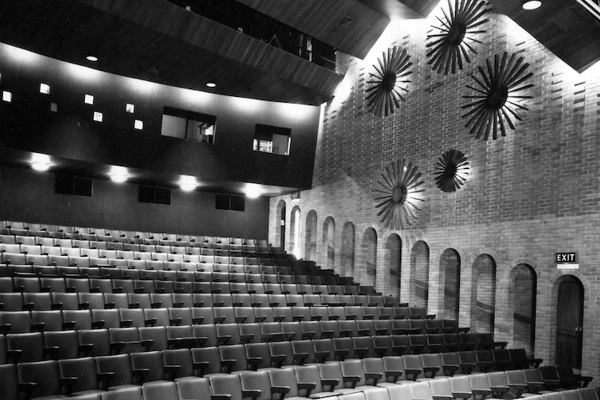 The University of Queensland's executive has committed to redevelop its Schonell Theatre under a $300 million master plan for the university's St Lucia campus.

The inclusion of the student-led theatre in the redevelopment marks a reversal of a 2019 plan to demolish the 50-year-old theatre.

Vice-Chancellor Terry advised “we've gone back to first principles. We're working with the student union, working with our alumni, to really understand how we should be redeveloping the student complex.

"I'm not going to pre-empt now what it will end up looking like because we're not nearly at that stage … (but) the space will include the Schonell Theatre."

The 2019 plan to demolish the UQ Union complex housing the theatre provoked a strong backlash from the student body and UQ union, including an unsuccessful attempt to have the site listed on the state heritage register.

In a statement on 3rd July, spokesman for the Save the UQ Union Complex group Dr Jeff Rickertt said a meeting with UQ's executive had confirmed the University's broad scale 2019 master-plan was "off the table".

Dr Rickertt advised "under that plan, the complex would have been demolished and replaced by some kind of mall and corporate hub with no longer any control of the space by the student union - just a mega-development like many others.

"The redevelopment will now honour the history of the site, which is a tremendous step forward."

Professor Terry said the redeveloped plan would include facilities for the UQ Union which the union would manage, and a space similar to the existing Forum, used for debate and gatherings.

In May this year, the theatre complex was closed temporarily over asbestos concerns, with Professor Terry saying the decision was made for the health and safety of the university's community.

The University is now waiting final reports on fire safety and asbestos issues within the venue, expected to be submitted later this year.