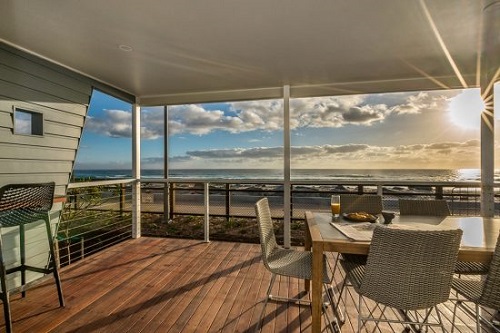 2018 has been a significant year for Tweed Coast Holiday Parks, a business unit of Tweed Shire Council, which owns and operates seven holiday parks on the far north coast of NSW.

Andrew Illingworth, Unit Co-Ordinator, says the good times are set to continue with outstanding Christmas holiday bookings, citing redevelopment of its flagship property, Kingscliff Beach, as the highlight of 2018.

The beachfront property reopened to great acclaim in March after 14 months of work that transformed a park founded in the 1960s into a state-of-the-art facility.

Kingscliff Beach has since won a slew of awards including ‘Best of the Best’ at the NSW Caravan and Camping Industry Association NSW Awards for Excellence 2018.

Illingworth says the focus of the transformation was on quality not quantity, advising “we actually reduced the size of the park and created much larger sites to allow for the bigger vans and vehicles we are seeing now.

“Since reopening, our occupancy has gone up significantly and Kingscliff Beach now typically averages 94% while the price per site has also been increasing. People are prepared to pay more for better sites and locations.”

He says demand is so strong across its portfolio - especially from Brisbane, just 90 minutes away by car - that “we could be selling every site three or four times” during the Christmas holidays, especially during the peak period between December 20 and the first week of January.

Demand is also strengthening through the back end of January, he says, as the way people holiday evolves.