Tourist excursions to White Island were a ‘disaster waiting to happen’ 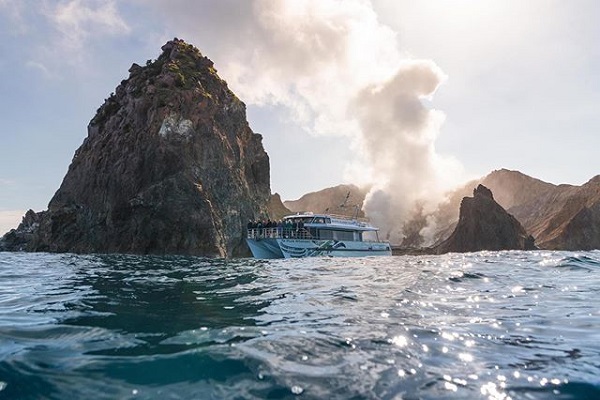 Amid reports that eight people remain missing on New Zealand’s White Island, in addition to five confirmed dead, the wisdom of allowing the volcanic island to be a tourism destination has been questioned.

As of this morning five people are known to have died while eight others are missing.

There are fears that three guides employed by White Island Tours are among the dead.

This morning saw New Zealand Prime Minister Jacinda Ardern praise the courage of the first responders and pilots who conducted an aerial survey.

With New Zealand Police assessing whether it is safe to return to the island for a recovery operation, Prime Minister Ardern confirmed that the flyovers have shown no signs of life.

With reports indicating that 47 people were on the island, eight remain missing while 31 people are being treated in hospital. Three more have been treated and released

The dead and injured reportedly include a number of Australians with a year 9 student from Adelaide's school advising that she is missing along with her entire family.

The eruption has seen academics question the wisdom in allowing White Island to be a tourism destination.

Raymond Cas, Emeritus Professor at Monash University’s School of Earth, Atmosphere and Environment, told the Australian Science Media Centre that he always felt it was too dangerous.

Professor Cas advised “White Island has been a disaster waiting to happen for many years. Having visited it twice, I have always felt that it was too dangerous to allow the daily tour groups that visit the uninhabited island volcano by boat and helicopter.

“It has a very active geothermal system with many steaming gas vents and varying numbers of hot water filled crater lakes in the floor of an amphitheatre-shaped large crater.”

Associate Professor Derek Wyman, a Geoscientist at Sydney University, said he was surprised tourists were allowed so close to the site, given its recent history, telling SBS News “I certainly wouldn’t be recommending tourists be approaching a site that has recently been throwing material up 30 metres into the air.”

Professor Wyman went on to say the eruption was “relatively minor”, noting “New Zealand sees things like this quite frequently.

“Usually people don’t die from these kinds of eruptions, but that is likely because they are not usually inappropriately close.”

With around 18,000 people a year, according to 2018 estimates, making daily trips to White Island, promotional material emphasises it as being “one of the world's few accessible live volcanoes” with “amazing geothermal activity”.

White Island is situated in the Bay of Plenty, 48 kilometres offshore from the North Island, with White Island Tours the exclusive operator of boat-based excursions to the island.

As of yesterday afternoon its website advises "we are currently experiencing an emergency.

"If you are looking for information on a person that may have been travelling to Whakaari/White Island and that you have been unable to contact directly then please register with the Red Cross Restoring Family Links page."

The Red Cross Restoring Family Links page can be viewed at www.redcross.org.nz/request/international-tracing.