The P.A. People has reported on how it managed seamless wireless communications at a recent international conference held in Sydney.

The event saw The P.A. People’s communications team of three manage the needs of around 120 event crew. While one engineer was in-charge of monitoring the system, battery life, and performed live configuration changes as the number of users varied or, event staff were re-deployed to different areas, two field engineers were deployed to support the event crew across three inter-connected buildings.

P.A. People thus provided an unprecedented ability to communicate across such a large venue thus adding a new dimension to the agility and flexibility of the production team in responding to the minute by minute needs of the event while also providing deep links into each ‘show’ for the executive producers. 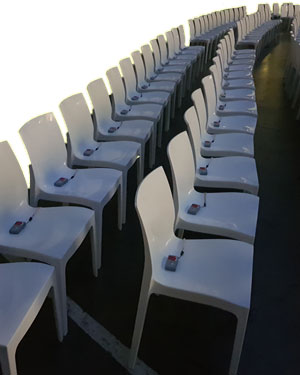 As part of a turnkey system, The P.A. People provided 6,000 seats of ‘silent PA’ utilising low power FM transmitters in five separate purpose-built theatres, each with a capacity of around 1200 seats. An FM technician was positioned at each theatre for audience support and off-air monitoring for quality control to ensure a glitch-free experience.

In addition to the silent PA, there were three live PA systems. One was integrated into an exhibition stand theatrette and two further systems provided reinforcement in draped theatrettes, complicated by being side by side. The PA People’s Bose ShowMatch rental system in the two theatrettes ensured an audio experience with plenty of dynamic range for the on-screen content, and clarity for the spoken word with very little acoustic interference between rooms. Two audio engineers operated and managed the Bose ShowMatch and exhibition space PA systems.