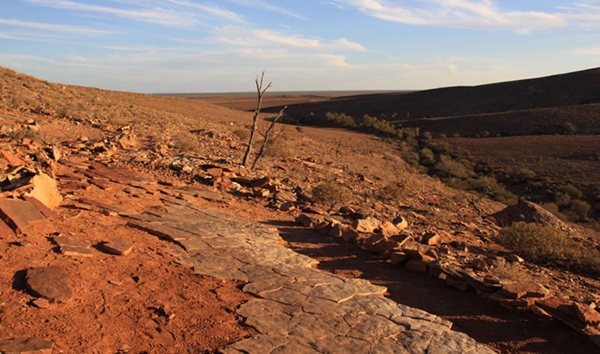 Global non-profit, The Nature Conservancy, has sourced funds from a $1 billion nature fund from the Wyss Campaign for Nature to buy a vast tract of outback South Australia containing the oldest animal fossils on Earth.

The funding secured in October 2019, came after the South Australian Government’s announcement in March 2019 that it had reached an agreement with the land’s owners to buy the site.

The acquisition abuts the Ediacara Conservation Park and will increase the size of the protected area ten-fold.

The Wyss Campaign for Nature was launched in 2018 by Hansjörg Wyss - founder and chairman of the Wyss Foundation - with a $US1 billion, 10-year philanthropic commitment to protect at least 30% of the planet’s lands and oceans by 2030.

The Wyss Foundation is also partnering with the National Geographic Society to raise public awareness about the global conservation crisis by highlighting notable stories of conservation successes and challenges. This effort aims to inspire citizens, policymakers, and other philanthropic organisations to help accelerate the protection of Earth's lands, waters, and wildlife through investments in nature conservation.

Hansjörg Wyss is a Swiss-born American entrepreneur who made his fortune in 2012 following the sale of the medical device company he founded, Synthes, to Johnson & Johnson for $20.2 billion.

The first fossil imprints were found in the area in 1946. Since then, paleontologists have been able to excavate a series of 40 fossiliferous beds that preserve snapshots of the seafloor as animal life first unfolded around 550 million years ago. There is no other place on the Earth where this has occurred for fossils of any age.

What is even more extraordinary is that the Nilpena fossil beds preserve marine communities with scores of species. They include evidence of the Earth’s first animals, and the earliest movement and sexual reproduction. NASA has funded research at the site to learn how life could evolve on other planets.

The Nature Conservancy’s Australian Director of Conservation Dr James Fitzsimons said the protection of the 60,000ha former pastoral property was a huge win for conservation in South Australia.

Shearers’ quarters, a blacksmith’s shop and a woolshed on the property will be developed as research and visitor facilities, and an immersive interpretive centre.

The site is on the edge of the 540 million-year-old Flinders Ranges, one of the oldest landscapes on earth. 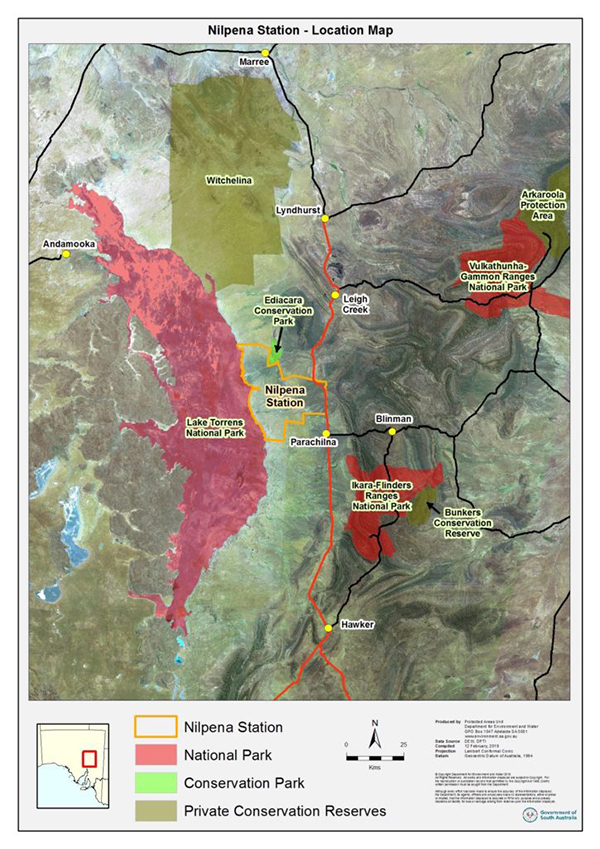 Minister Speirs added “its inclusion in the conservation estate will link the Ediacara Conservation Park to the Lake Torrens National Park and will support our nomination for the listing of areas of the Flinders Ranges as a World Heritage Site.”