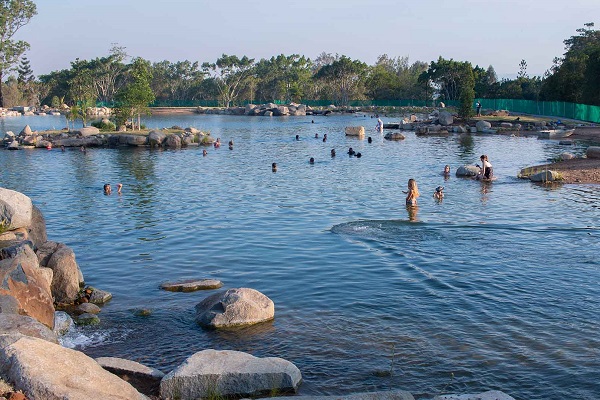 Attendees at the latest Woodford Folk Festival were able to not only be entertained by the extensive event program but could also enjoy a new feature on the Woodfordia site - Australia's largest all-natural conservation and recreation lake.

Officially opened by Queensland Treasurer Jackie Trad on 7th December 2019, Lake Gkula features waterfalls, native fish, aquatic plants, a 90-metre-long beach along one bank, an island to swim to and explore, and plenty of large rocks to jump off.

Crucially for both the lake's biodiversity and for human swimmers, the entire body of water is chemical-free, using pumps and injectors to keep both a constant water flow and high levels of oxygen. The water is pushed through two wetlands, which act to purify the lake while also encouraging microorganisms to thrive. 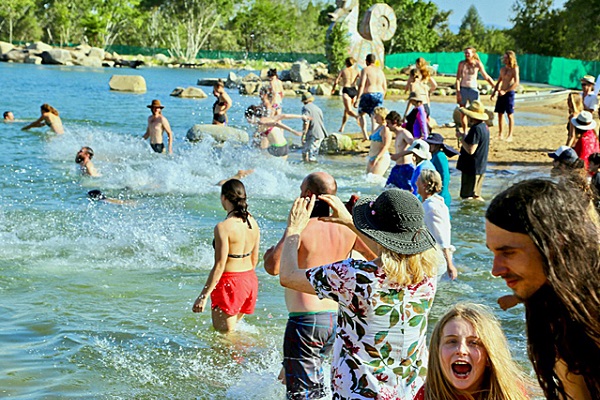 The 1.3-acre natural living lake holds 12 megalitres of water, is six metres deep and is naturally filtered by two Aquascape Upflow Wetland Filter systems located at either end of the lake. Water is drawn into an intake bay by the four large external pumps, which then push a combined total of 580,000 litres per hour of water through the wetland systems before spilling back into the lake over several waterfalls.

Another 380,000 litres per hour of water is pumped through a series of jets positioned around the lake to increase the movement and circulation which help provide the lake with crystal clear water.

Only open to swimmers - season campers, artists and volunteers - during the Festival, the man-made spot is home to more than 400 species of native freshwater fish, while over 4000 plants have been planted in and around the lake to date, with more planned. 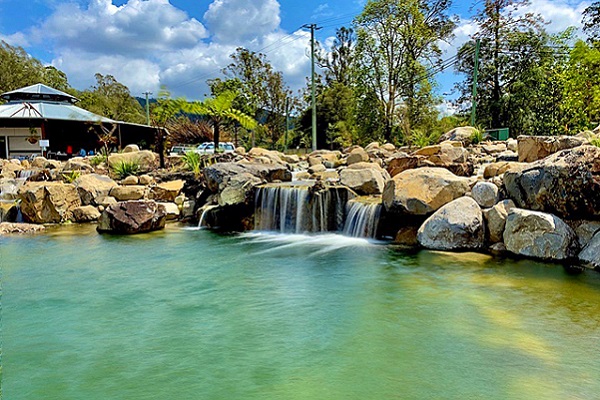 Woodfordia founder, Bill Hauritz, sees Lake Gkula as becoming an attraction for the Moreton Bay hinterland area, advising "groups and organisations outside our own are already expressing a keen interest in using this stunning new feature.

"We know Lake Gkula will be an attraction; it's that beautiful." 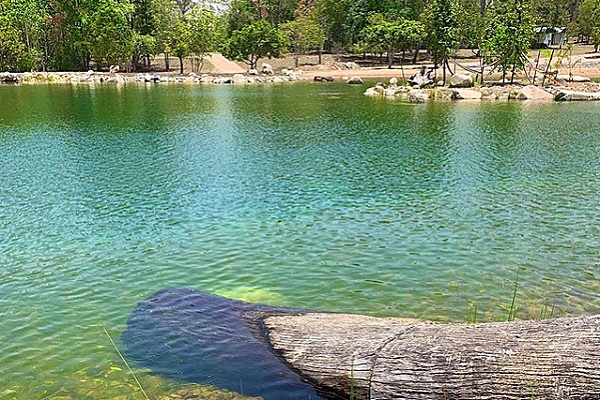 Costing more than $1.5 million to build, including funding from the Queensland Government, Woodford's new addition has sourced all of its water from onsite dams and a bore, with festival organisers aware that they're opening a watering hole in drought conditions.

Created by Waterscapes Australia, it's also partly powered by solar energy, and the Woodford team is working towards running the lake wholly on 100% renewable sources. 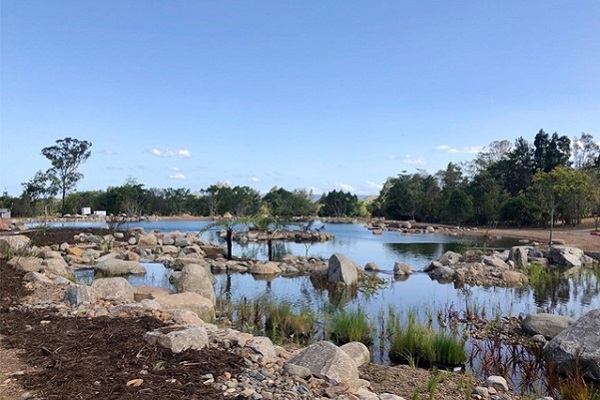 While each event differs in size and focus, they are united in their aim to invoke in the community a sense of wide-eyed wonder, fostering curiosity, igniting imaginations, nurturing the environment and bringing people together.