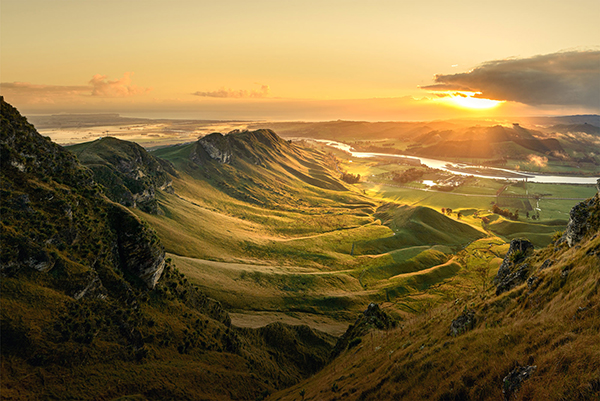 With over 50,000 votes cast, and in a year that has seen parks and green spaces serve a vital role for health and wellbeing worldwide during the COVID-19 pandemic, Recreation Aotearoa have announced that Te Mata Park in Hawke’s Bay been included in the list of top ten international sites in a People’s Choice vote for Green Flag Awards parks.

The People's Choice is voted on every year by members of the public. Parks rally votes via social media to encourage people to show their love for their local green spaces.

New Zealand made the list this year with a particularly wild site - Te Mata Park, a rolling landscape of natural features which includes the majestic Te Mata Peak, towering above Hawke's Bay - a region on the east coast of New Zealand’s North Island.

Green Flag Award International Development Manager, Carl McClean noted "this isn't the first time this year that people have been vocal about their love for parks. The effects of the pandemic has meant that more and more communities are valuing the outdoor spaces they have local access to, and I hope that this voice is also heard loud and clear by political leaders.

"The Award was originally established to provide a platform to recognise well managed parks and green spaces, and the people that look after them every year. However this year in particular it has been an honour for the Green Flag Award to play a special role in acknowledging their value and importance."

To find out more, or to apply for an Award, whichever country you are based in go to greenflagaward.org/