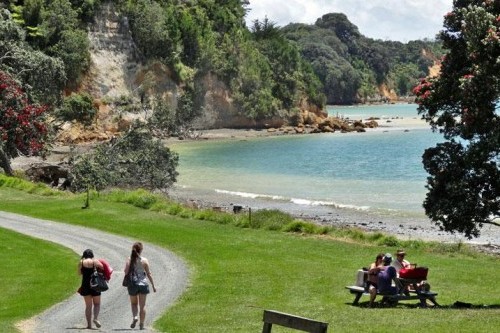 Excellence in the management of the Tapapakanga Regional Park to the south east of Auckland has seen it retain Green Flag award status for the third time time in the global programme that recognises the regional park as being among the best in the world.

Auckland Council and Deputy Mayor Bill Cashmore says the award recognises Auckland’s regional parks as an absolute treasure, advising “Tapapakanga Regional Park is well used by locals and visitors alike. Whether it’s for casual recreational use or organised events like Splore, bike riding or exploring the heritage, there is something for everyone.

“This Green Flag award is very well deserved. Caring for and maintaining our parks is a huge team effort.

"And it’s through our rangers and community volunteers hard work that Tapapakanga is kept up to the high standards demanded by the Green Flag Award.”

Green Flag Awards are judged by an independent group of park experts who volunteer their time to visit applicant sites and assess them against strict criteria. The awards are given out each year and winners must re-apply to renew their Green Flag status.