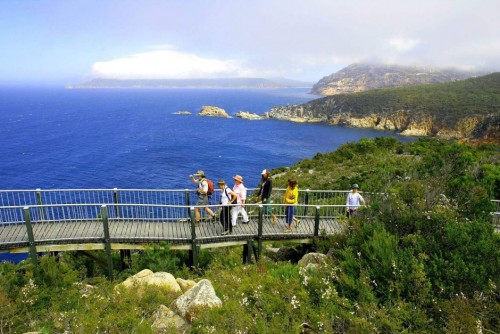 Tasmania's National Parks have attracted a record number of tourists this summer, prompting calls for urgent infrastructure upgrades to keep up with increasing demand.

At the Freycinet National Park on Tasmania’s east coast, tourism has increased 10% per year over the past four years, with Tasmanian Parks and Wildlife Service (TPWS) Ranger in Charge at Richard Dakin stating "we have quite a lot of infrastructure at Freycinet because we're used to having lots of visitors here.

"So our facilities are going quite well but we do need to plan ahead because we can foresee there will be more visitors in the future and we need to plan for that."

However, to avoid crowds he urges visitos to arrive before 8am or after 5pm to avoid the crowds, telling the ABC "that gives them the opportunity to get up view the Wineglass Bay with less people, enjoy the day and then they will move out and other people will come in during the middle of day.”

TPWS said visitors to Cradle Mountain had increased 20% in the past six months compared to the same period the year before with the popular location expecting a record 250,000 tourists this year.

Cradle Mountain Ranger in Charge Kate Burton said shuttle buses had been increased from 15 to 22 per day, advising “we're moving people in and out of the park a lot quicker, and we've also invested heavily in upgrading our visitor infrastructure such as walking tracks, heritage buildings and viewing platforms.

"Visitor numbers will continue to increase in the next couple of years, so we do need to make sure that our infrastructure continues to be developed and upgraded to meet that increasing demand."

Cradle Coast Authority Regional Tourism Manager Ian Waller said visitors were often disappointed with infrastructure at Cradle Mountain, telling the ABC "I think tourists are concerned about the fact that they're queuing for buses, they're queuing for coffee.

"The facilities just don't meet their expectations and so they're saying to us 'it's not good enough'.

"We run the risk that they go home and say 'that was pretty disappointing', and that's going to damage industry and we can't afford to do that." 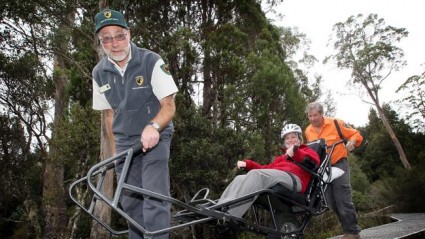 The Cradle Mountain Master Plan was launched last year, which included proposed upgrades to facilities and a cable car to take visitors from the village to Dove Lake.

Meanwhile a community meeting will be held at Alonnah on 11th February to discuss the future of the Bruny Island Ferry.

The service has been criticised in the past, with visitors facing long delays during peak periods.

Kingborough Mayor Steve Wass said the Tasmanian Government was considering the ferry service's future, when the ferry contract comes up for renewal in 2018, advising “hether that's a bigger ferry, whether that's two ferries, whatever that might be.”

Mayor Wass said everyone from tourist operators and cheese makers would be able to put forward their views.

He advised “it's an opportunity for the locals to provide the Government with what they perceive is a - the issues and b - what benefits can be derived from the ferry contract and what they would like to see.”